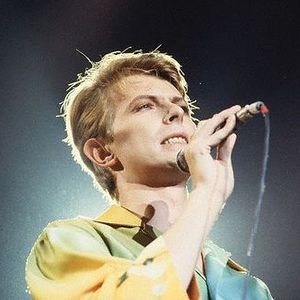 Isolar II – The 1978 World, more commonly known as The Low / Heroes World Tour or The Stage Tour ,was a worldwide concert tour by David Bowie. The tour opened on 29 March 1978 at the San Diego Sports Arena continuing through North America, Europe and Australia before reaching a conclusion at the Nippon Budokan in Japan on 12 December 1978.

It’s two years since he made his last tour; Japan is included after a lapse of five years,and Australia and New Zealand for the first time. He drew gigantic numbers of attendances there. Its 77 concerts reached nearly a million people.

Bowie was through with creating and playing characters; he was anxious to find out what it would be like to present his own self on stage. He found he quite liked it: he was often quite gay and, particularly in the smaller houses,he rejoiced in this contact with the audience. Still,there were enough moments of boredom, which of course is inevitable when one is taking a show around the world.

A short interval divided the show into two parts,the repertory of the first part mainly consisting of the recent material of Low and Heroes,that of the second part being made up of numbers from Station to Station and,to everyone’s surprise,Ziggy Stardust. The greatest part of the audience had never had an opportunity of seeing and hearing Ziggy live,so the broad selection of numbers from the Ziggy LP was received with loud cheers in every city.

Bowie had lined the stage with a large cage of neon lights,four vast walls of 292 tubes in all. When lit these produced a magni­ ficent effect which was a surprise to everyone; coloured lamps were also used. Altogether it was a happy, warm-hearted show.