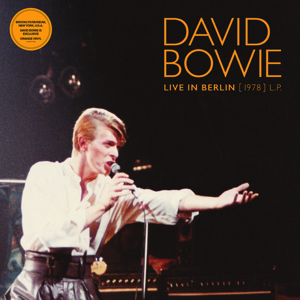 Exclusive to the exhibition shop will be an 8-track mini-LP on transparent orange vinyl, recorded live in Berlin at the Deutschland Halle, Berlin on 16th May, 1978. Four of the tracks are completely unreleased and the remaining four were only issued within the last six months, three on a digital streaming only E.P. which was only available for five days and one on the B-side of the 40th Anniversary “Beauty And The Beast” 7” picture disc released on 5th January this year.
The front cover features a shot taken by fan Antoine Loogman at the show.