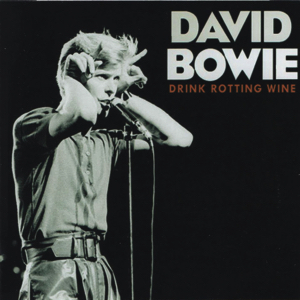 Label: No label
Audio Source: audience
Lineage:
Total running time: 1:48:11
Sound Quality : noise ,dull ,but still good listened toAttendance: 8.000
Artwork: back side Covers Not Yet Available ? , who can help me with this .?

The show itself is nice even if it seems to be quite a routine for David as he is not talking anything between songs with the exception of the band introduction.

Especially before the start of the 2nd half there is a lot of guys shouting to others to sit down, what they obviously refuse to do. So they get insulted with at that time very fashionable cusswords.
The whole thing is on one side a bit annoying and on the other side (if you understand German) quite funny as in the 70’s it was an unwritten law (at least in Germany) to sit down (Hinsetzen) on the floor during the whole show and listen to the music devotionally. That changed radically one or two years later caused by the Punk movement which penetrated also through “normal” rock events.

In an interview given in May 1978,
Bowie said :hat the only reason why he did the ’78 tour was Money,he needed it for several projects. He also said he only enjoys doing the first fifteen to twenty shows; after that it gets boring doing the same show over and over again. That is true: one can hear that in the various band intros. In this concert,for in­ stance,Bowie doesn’t say a word beyond the actual introduction of the band,not even “good evening”! Whereas in Dallas he in­ troduced the band with great vollubility. In another interview he was asked why,if he only enjoys the first few concerts,it is that he goes to England at the very end of the tour.
Bowie replies that then he has something to look forward to.