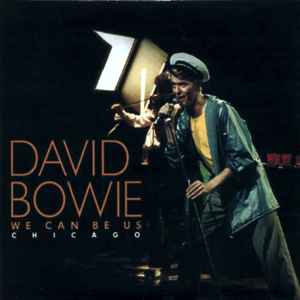 Label: No label
Audio Source: audience
Lineage:
Total running time: 1:48:58
Sound Quality : very good. Equals record or radio apart from a slight noise and some dullness
Attendance: 4.500
Artwork: back side Covers Not Yet Available ? , who can help me with this .?

Jumping Bowie :
During Breaking Glass Bowie Jumped down from the stage right into the audience , kissed a girl and climbed onto the stage unhindered.
At the end of the concert a girl managed to get onto the stage and hold Bowie, but she was dragged away by security guards.