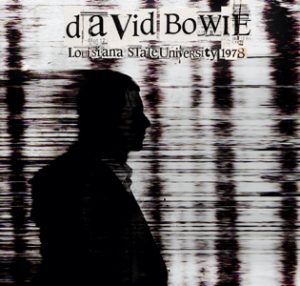 This is a remaster of the well known Baton Rouge audience recording. It is widely considered to be the best audience recording of the tour as it is very clear and all the instruments (including not at least David’s vocals) are well balanced. Nevertheless the version which circulates has some flaws. The main issues are that it was running too fast and that it has a lack of bass.
I don’t know why there wasn’t an attempt to correct this before, (I made one before but was not sure about the speed,) but a sort of trigger was a post by Robo on BowieStation who took this whole thing on the agenda.
So I started a new attempt but this time I wanted to be on the safe side with the speed. I know that there is a person who who has proven several times that he is very good at this. This guy is Goody.
So I contacted him and he was very keen in proceeding with speed/pitch correction of the files I sent him (see source above).

He sent me back the corrected files and for the first time I listened to the show in the right speed and pitch. This is where my job started – to give the recording more bass without making it sound dull. After doing this there were some other issues like volume fluctuations (mainly at the start) and removal of some gaps as well as an adjustment of the sound level between left and right channel.
I think that this version now should be currently considered the best one available.

Still there are some other issues like a cut in Fame (no, it’s not a mistake of the band or Bowie) and cuts between some songs.
Nevertheless, it is (one of) the best audience recording(s) of the tour. But this is subjective and I leave it to everybody else. 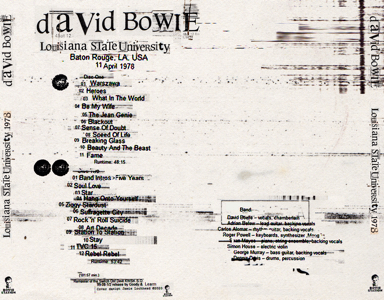 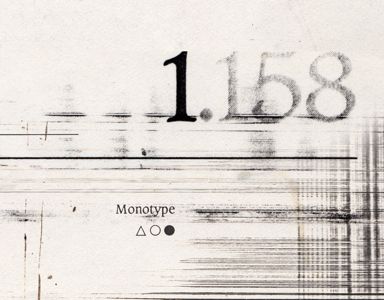 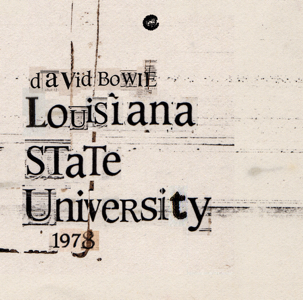 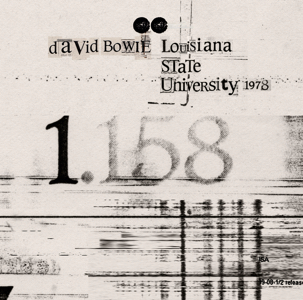 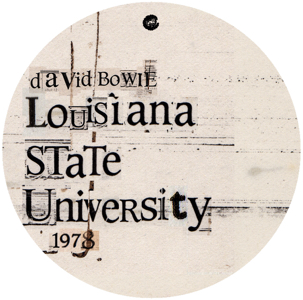 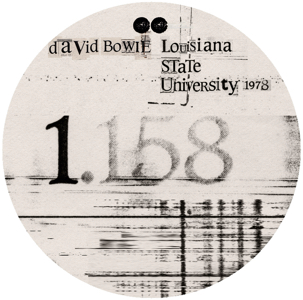