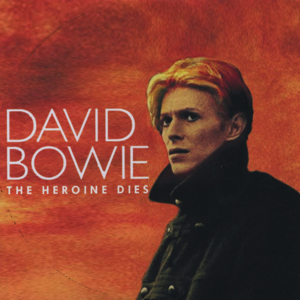 Label : No label
Audio Source : audience
Lineage :
Total running time : 1:42:12
Sound Quality : noise ,dull ,but still good listened to
Attendance : 3.000
Artwork : back side Covers Not Yet Available ? , who can help me with this .?

Verry Good Tape, The audience are uproarious and they join in many a song clapping their hands to the rhythm.

Mia Gerdin Wrote in de ‘Dagens Nyheter’ (Swedish Newspaper) A very positive review under the head:
‘Copenhagen Conquered’: “The opening of the concert is ingenious .Instead of fanfares and hysterical lights on the Star,the group walk on stage when the houselights are still on. Then the light dims and the gravelike tones of Warszawa begin,as the guitarist,Carlos Alomar,conducts the group .
“Bowie’s voice is versatile. He can croon,exaggerate and be slightly sentimental,but he never overdoes it. He is in com­plete control over his expressions,he uses his body as much as his voice.
“As always on rock concerts it was funny to watch the audience. Overalls,necklesses,high-heeled shoes,stiletto heels and red hair were mixed. No one wanted Bowie to leave. He did three encores and by that time everybody was standing and.dan­cing as much as the heat permitted”.