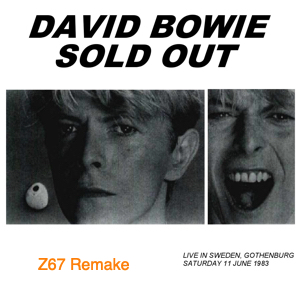 1983-06-11 Gothenburg:
The concert was an immense success,the audience clapping along with large parts of the show. With an attendance of 61,206 Bowie. broke even the Rolling Stones’s record of the preceding year by 4,596.
This was the sale concert originally planned for the whole of Scandinavia, but the sale of 56,000 tickets in no more than two hours cal­led for the immediate insertion of an extra concert! All week thousands of people. from allover Scandinavia had been pouring into Sweden to line up for a ticket. The day the box office opened there was a queue of 20,000 people! Indeed amazing. Bowie was the artist with the greatest popularity in Sweden, which – it by nothing else – became clear by the anormous amount of attention the media paid him and his concerts.