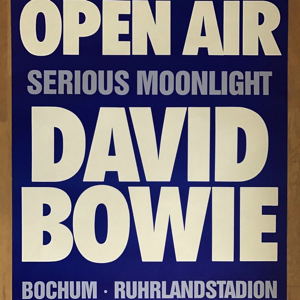 Processing:
1st gen aud cassette / cass transfer via Akai tapedeck GX-75 -> Magix Audio & Music Lab (edit/remaster) -> FLAC -> BowieStation
Also this recording has a good sound (throughout) but there was still some potential to improve it by applying some EQ.
Audience noise between songs was lowered. Also some sequences at the beginning of some songs were extremely loud and I lowered them as well to get a more even sound level.
Very enjoyable show and sound!