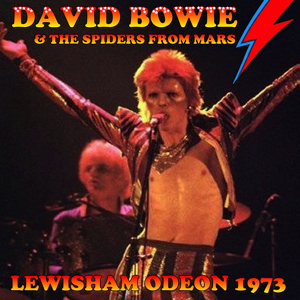 Just 5 weeks and 5 days before that fateful night at the Hammersmith Odeon on the Tuesday 3rd July 1973, where Bowie disbanded The Spiders and disowned Ziggy, until The Marquee Club the following October that is, Ziggy & The Spiders did a storming gig across the City in Lewisham. It was the first time that the new Medley of Wild Eyed Boy/Dudes/Pretty Things was played, obviously why they rehearsed it, Disc 2. Previously, the medley consisted of Qucksand/Life On Mars/ MOAFF. At the end of the show, after R’n’R Suicide, Bowie exclaims to the crowd *Thank you goodnight, see you again next year, goodbye”……………Lying ****

“This is from the Aladdin Sane album, it’s called Cracked Actor” is received with hysterical crics from the frantic British audien­ce. This is the first concert in which the substilu­tion for the Quicksand med­ley is played – in my opinion it is less good.

This is from a tape I was told was the master, or lowest gen recording. The rehearsal circulated despite being told I was getting something that hadn’t been distributed at the time I got this, but I’m not sure the gig has?

The last I read on the topic is that the gig recording that circulates is average quality, but the recording here, while incomplete, is a lot better than that – it’s very clear indeed.

Whether or not this is something exclusive or not, let’s get some more Bowie circulating : the more that people seed slightly more unusual items, the more likely that others will follow.

Aside from some more unusual Bowie items (why hang onto them? no-one pays out for such things these days!), can anyone share this? 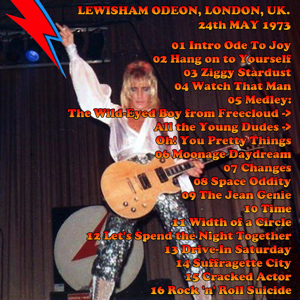 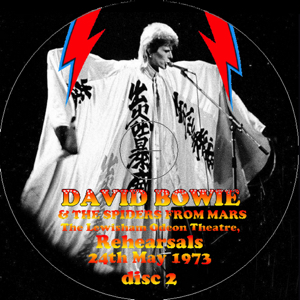 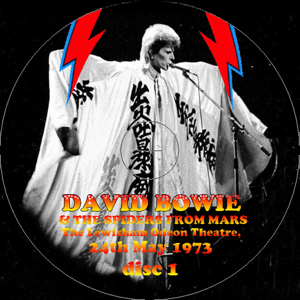