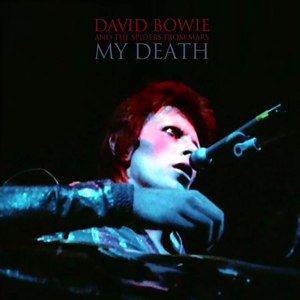 Label: No label
Audio Source: Soundboard by Robin Mayhew who was the sound mixer on the Ziggy Stardust tour has released his version of the famous last Ziggy concert. The recording is complete including Jeff Beck and is straight from the soundboard.
Total running time: 1:49:59
Sound Quality : Excellent mono quality audience recording – I’d give it SQ 9
Attendance: 3.000
Artwork: By Nathan Adler.
Note : 1973-07-03 London ,Hammersmith Odeon ,Complete soundboard of the famous last Ziggy concert – SQ 9

Recorded directly from the sound console.
This recording was made on a portable cassette machine on the night of the show , transferred to reel to reel in 1976 and to CD in 2008 .
The only studio engineering done on Robin Mayhew recording is the first part of Wendy Carlo’s March from Clockwork Orange because the orginal tape was slightly stretched (note:you can hear Ronno join in with a couple of shorts at the end) and the attenuation of a feedback howl during the opening song Hang on To Yourself
No one knew this would be the last show ever so no special recording arrangement was made by Robin Mayhew.
In other words what you hear is just how it was with no mastering or modifications.
This is what happened on stage that night and though the poor cassette is a little worn. 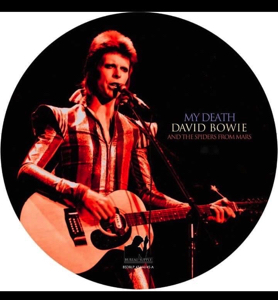