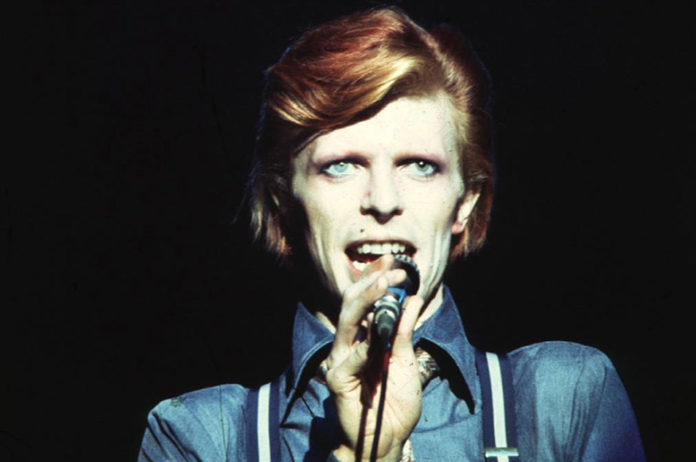 David Bowie abandoned work on a cover of a Bruce Springsteen song after playing his cover version to the singer, Bowie’s producer has revealed.

Tony Visconti revealed that Bowie planned to cover Springsteen’s song ‘It’s Hard To Be A Saint In The City’ during the sessions for what would eventually become Bowie’s 1975 album ‘Young Americans’.

Writing in the new Uncut, Visconti recalled how he asked Springsteen to visit Bowie in the studio in Philadelphia. Visconti wrote: “David was quite taken by meeting Bruce. We played ‘Saint’ to him and he kept a poker face the whole time. He said nothing when it was finished.

“David took him into another room for a private chat. By the time Bruce left, he was more pleasant and said his goodbyes to the rest of us. David and I never worked on ‘Saint’ after that, although it was finished or re-recorded eventually with someone else.”

Bowie’s version of the song, which appears on Springsteen’s 1973 debut album ‘Greetings From Asbury Park, NJ’, eventually appeared on his 1989 box-set ‘Sound + Vision’.

The new David Bowie box-set ‘Who Can I Be Now? 1974-76’, out September 23, includes ‘Young Americans’ and previously-unreleased album ‘The Gouster’, which eventually transformed into ‘Young Americans’. It also features new rarities/unreleased album ‘Re-Call 2’, the albums ‘Diamond Dogs’ and ‘Station To Station’ plus live albums ‘David Live’ and ‘Live Nassau Coliseum 76’.

Uncut relaunches this issue, with a new contemporary design. The magazine will champion new artists, while continuing to celebrate epoch-making past music.