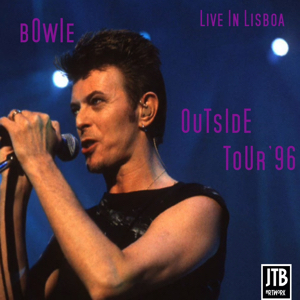 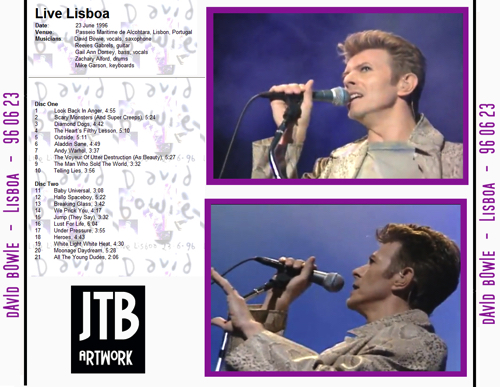 Bowie’s Second show ever in Portugal. It is a festival show and a regular one for this tour. I remember it well because it was a thrill to be able to witness this tour. 94 to 99 is one of my favourite Bowie periods and this tour was a really good one. Great set of songs, great band, great visuals, great records. For me this was way better than the Sound+Vision tour which was the first time i saw a Bowie concert. Many of the reviews were not good for this show but i always felt that they were looking on the wrong side of it all and fail to taste the real juice.
As for this recording i got it through trade and it arrived on tape marked as Generation 1. So, first transfer of the master but i can’t remember with whom i traded.Even if it is a rough sound and have audience noise through out i think it is quite listenable and an enjoyable show. Also i don’t remember seeing this floating around trackers. If any of you did this is not the same because this torrent is the first time i make my recording available.