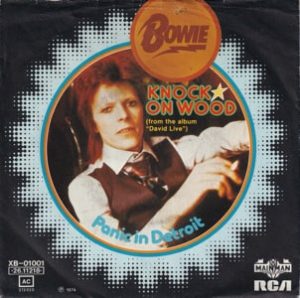 Description
Label: RCA Victor XB-01001
Format: Vinyl, 7″, 45 RPM, Single stereo
Country: Germany ,France
Released: 13/09/1974
Recorded at Knock On Wood : Recorded at Philadelphia Tower Theatre
Recorded date at Knock On Wood : 14 and 15 July 1974
Note:Track A taken from ‘David Live‘ which is stated on the label.
Track B was also recorded live during the same concert, but it wasn’t included originally on ‘David Live’. On the label it is not stated as a live recording. It was however included on the 2005 reissue