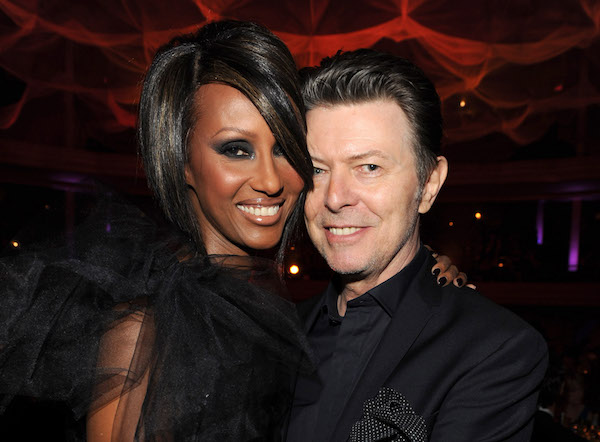 Iman has dedicated an award to her late husband David Bowie.

The model and philanthropist was the recipient of a Voice Award at Save the Children’s 4th annual Illumination Gala in New York on Tuesday.

In her acceptance speech, Iman said that she had decided to “share” the honour with the late musician and her husband of 24 years, who died in January.

She said: “David was also a staunch supporter of human rights and devoted an innumerable amount of time and resources, which he chose to do anonymously.”

“I share this award with him, knowing that the fire in him lit the fire in me, and vice versa,” she added. “Good partnerships have a habit of doing that.”

Iman serves as an ambassador for Save the Children and has also been involved in a number of charity campaigns.

Last week, one of Bowie’s final recordings, a track titled ‘Killing A Little Time’, was unveiled as part of the upcoming soundtrack to Lazarus, a musical penned by the rock star and based on his cult classic film The Man Who Fell To Earth.