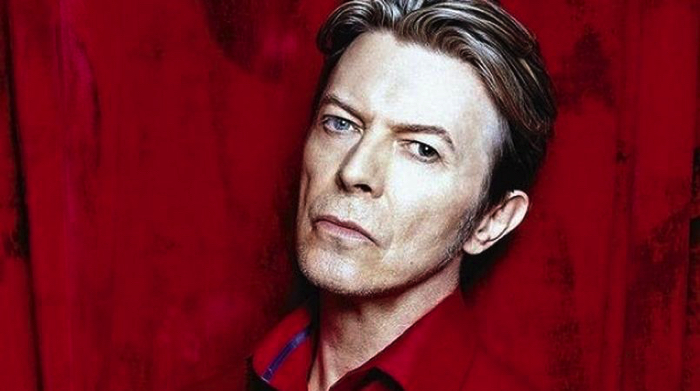 This homage to the late rock legend was written in just 10 weeks by Paul Morley . . . and it shows

While serving as “artistic adviser” to the Victoria and Albert Museum’s David Bowie exhibition, Paul Morley was approached by one of the curators with the novel idea of producing a mini-book in a weekend. “Writing a book in this way, sat at a desk surrounded by people who can observe, disturb and inspire me, means that I do not have to go out into the world to research, but the world can come to me, without me having to make it up too much.”

Expanding on this, Morley gave himself a mere 10 weeks to complete the 150,000 words of The Age of Bowie. The phrase “unseemly haste” comes to mind, as it did to Morley when he was asked to appear on breakfast TV following the announcement of Bowie’s death. His resolve to avoid the media circus lasted till that evening when he took part in a discussion on BBC Radio 4. And now we have his 10-week book.
It is certainly not a traditional biography. The life of Bowie is covered with perfunctory duty and the key subsidiary characters – his wives Angie and Iman, managers Ken Pitt and Tony Defries, and even his parents – appear as little more than extras. Neither is it a “critical biography”. The work is covered with due reflection, but Morley’s essential focus is Bowie as a work of art himself. He is perceived as a mystery – albeit not one to be solved or categorised. Morley embraces the idea of Bowie as a cultural anthropologist, “a human Google through which you can search where pop has bounced and rebounded since the 1960s”.

Structurally, the book resembles a dog’s dinner. The early section describes Morley’s personal discovery of Bowie. “I found him, and at the same time, he found me,” he writes, as if this is an equal exchange of talent. Later, the author learns that Bowie once stayed overnight in Stockport, not too far from his home. “This meant we were to an extent sleeping together,” he observes in an excruciating moment. Even listening to Bowie on the radio presents egocentric delusion. “He was right next to me. So close he could hear me breathe, in my bedroom cocoon, and be very knowing when my breathing got faster.” He adds: “We were in this together, and he was getting inside my head and I was getting inside his.” The self-importance is staggering.

When he ceases focusing on himself, Morley momentarily makes some valid points about being a working-class teenager in the early 1970s when records were still, to an extent, luxury items. He conveys the easily forgotten power of the artefact: the single or album that is not merely played, but studied. Its shape, colour, typography and credits are all significant. Unfortunately, such insights soon slip into self-conscious effusion as he rhapsodises about Bolan and Bowie and “the make-up they wore that compelled me to think unashamedly about the very nature of being”.
The author favours the present tense, not so much to convey immediacy as to emphasise a spurious omniscience. Often, he seems more interested in ambivalence and contradiction than exposition. One of his favourite stylistic tricks is to try and wrongfoot the reader with near oxymorons: “It’s all too fake for him and yet not fake enough”; “When he gets close, he seems to get even further away”; “He just has to be patient, or, perhaps, keep being completely impatient”; “the man who never wanted to fit in also being the man who wanted to fit in” . These are evasive, dead-end sentences, all too often signifying nothing.
Even when a seemingly definitive assertion is made, it is immediately undermined: “Bowie never forgot Hermione . . . Or, if he did forget her, to move on, he would remember her again when the time came to think more clearly about the old days, because he had no choice.” On other occasions, he throws in some predestination: “It’s meant to be. It’s in the stars. It’s in his eyes.” Or portentous exclamations: “He stares ahead, deep into the future, seeing things for the first time”, or “He is as alone as he is in his dreams.” Even dying from cancer, Bowie is described as “performing a public penance as though for crimes of immorality, the seductive darkness in his eye now nothing other than the darkness of the universe . . .”
One of the pitfalls of the 10-week biography is organising disparate thoughts into coherent prose. Morley’s writing is discursive, at times confusing. The tone is gushing, verbose and overwrought. Sentences become fleeting impressions. Often, he appears to be running ahead of himself. “Bowie knew what was coming, either because he really did know what was coming, had some insider information, or because he had such an influence on what was to come – the shifting of values, the collapse of reason, a powerful shift in consciousness – that his prophecies or, more accurately, the warning of a hypersensitive mind in the new, post-hippie songs on his second album have the quality of being remembered rather than written.”
“This is my Bowie,” Morley announces. “It is not true, it is not false. It is not right, it is not wrong.” Alas, it is not too readable either. One chapter consists entirely of Christmas cracker aphorisms – “David Bowie is trying to connect”; “David Bowie is getting things done”; “David Bowie is wondering who he is today”; “David Bowie is hiding behind others”. Elsewhere, Morley reels off 54 of these in a row, as if to test his reader’s endurance. On another occasion, he opens a section with a single sentence of 183 words, losing the reader midway through. Morley maintains that the most honest way to write about Bowie is to follow his musical technique in book form and “to write it as a collage, to exaggerate the exaggerations and excess”. This is misconceived. You don’t have to write chaotically to express chaos.
Halfway through the book, Morley reaches a narrative crisis point. “I have set myself a challenge, and must follow the route I first choose, roll the dice and follow where it tells me to go. I cannot change direction.” Abandoning straight narrative, he presents a montage: “David Bowie’s 1970s in 140 scenes featuring certain deletions, omissions and oversights.” He numbers each “scene” as if they are verses in a long poem. The effect is as frustrating and bewildering as the poor reader might have feared. Banalities and insight coalesce, uneasily.
The final section is more coherent. Morley writes enthusiastically about so-called lesser works: the collaboration with Queen (Under Pressure), the dance routine with Mick Jagger on Dancing in the Street, the films Absolute Beginners and Cat People and, most revealingly, Labyrinth.
Here, his refreshing lack of elitism impresses. An acknowledgement of the way younger, female fans react to the work is similarly well stated. In the end, Bowie emerges as the ultimate postmodernist, whose life and work, Morley argues, transcend the traditional rock aesthetic. And, no doubt, the 10-week biography too.
Johnny Rogan is the author of more than 20 books, including biographies of The Byrds, The Smiths, Van Morrison and Ray Davies

1 thought on “The Age of Bowie review: A labyrinth of confusion and verbosity”