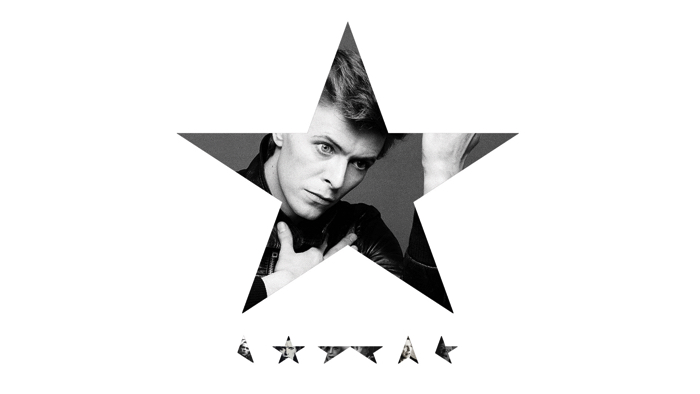 The late rock icon’s final album is the favourite to win the Mercury Prize, and it has nothing to do with sentimentality

Even in death, David Bowie continues to confound us. When he passed away in January, the outpouring of grief was unprecedented, and the bittersweet joy of seeing Brian Duffy’s cover image of Bowie’s 1973 Aladdin Sane on so many newspaper front pages was confirmation, if any were needed, that he remains the pre-eminent pop star of our age.

And now it has been announced that he has received a posthumous nomination for the Mercury Prize for his Blackstar album, along with Radiohead’s A Moon Shaped Pool, Skepta’s Konnichiwa and Kano’s Made in the Manor, as well as nine others. Not only is it the favourite to win but it’s the one all the other nominees would like to win too. Blackstar, which contains the line “Look up here, I’m in heaven” on the track Lazarus, has been called Bowie’s “parting gift”, as it was released just two days before his death (immediately going to No 1 on both sides of the Atlantic). However, although he knew he was dying of cancer, Bowie had actually finished the album in October, while its release was only held up because one of its accompanying videos had yet to be edited.

Regardless, Blackstar has already become one of Bowie’s most important records, as groundbreaking and intoxicating as Station to Station, Low, 1.Outside or The Next Day. The tradition remains in the record industry that with albums from some of the bigger artists they are usually played to a select group of journalists a month or so before their intended release. And so it was with Blackstar — only one overly excited music journalist decided to share the album’s secrets with his newspaper’s readers, thus breaking the embargo and meaning the word spread about it earlier than intended. It was actually going to be released in secret, as its predecessor The Next Day had been.

All that ceased to matter when it was announced that Bowie had succumbed to cancer, and the record started to be judged on its own merits rather than the way in which it had been birthed. And what we were left with was a record of extraordinary depth, with Bowie experimenting with jazz motifs, layering the album with lyrics of such pathos that at times it was difficult to listen to.

Since then the album has grown in stature, making its inclusion on the Mercury list a cultural imperative rather than an exercise in sentimentality. I love the record but then I know so few people who feel otherwise. For the past nine months I have been working on a mammoth oral biography of Bowie for Random House, interviewing more than 150 people, including friends, family, musicians, artists and journalists. Many themes have arisen from these interviews, which I hope will shed new light on a man who meant so much to all of us. I knew Bowie reasonably well and interviewed him formally seven times in 30 years, and many of the things I have found have caused me to re-evaluate much of what I know of him.

One thing that doesn’t need re-evaluating is the importance of Blackstar. It’s a record as good as anything he produced in his pomp, in his golden years (in many people’s eyes, still the Seventies). When the album was first released many reviewers tried to sift through the lyrics in order to produce theories and assumptions about the finality of the record. Which missed the point. Blackstar wasn’t a summation of Bowie’s career, it wasn’t a legacy project. It is a record that simply reflects how Bowie felt when he made it.

It was recorded under extreme circumstances, too. The whole thing was done in secrecy, and — like on Low and Heroes, for example — many musicians who played on the record had no idea how their contributions might be used.

Obviously what was most unusual about Blackstar was the fact that some of the people working on it knew Bowie was seriously ill. Some of those who saw him in those final weeks were ungraciously indiscreet after his passing, describing the way he looked and acted during the recording sessions. Nobody needed to know that. He had terminal cancer, and the fact that he was embarking on what he knew to be his last record, one that he knew would stand as one of his best, is a formidable thing. Blackstar is a great record, and I hope it wins the Mercury Prize when it is announced on September 15.

When he died in January, as I read the avalanche of tributes — almost all of which were glowing in their appreciation — I wondered what Bowie himself would have made of it. What few people know is that he read everything about himself. Every newspaper review, every little blog. I know for a fact that he read every review of The Next Day, and I would be surprised if he didn’t try to read all the reviews of Blackstar, too. And what would he have made of the obituaries that followed his death? He would have enjoyed it, as he always liked to be appreciated. And he would have taken issue with some of the more popular assumptions (to wit: he was rubbish in the Sixties, great in the Seventies, too populist in the Eighties, regaining his credibility in the Nineties and Noughties). Most importantly, he would have chuckled to himself and said: “Ha! They still didn’t get that!” Bowie was a deliberate bundle of contradictions, and he enjoyed it that way.

A few years ago I wrote a book about Bowie’s appearance on Top of the Pops in 1972, a book that tried to explain how influential his performance was (he premiered Starman that night), while trying to put his success in the Seventies into context. I needed various permissions from Bowie for some of the pictures in the book, so I sent it to him before publication. I also included some wildly inaccurate descriptions I knew to be wrong, in the hope that he would contradict me and give me more material. I even pointed them out to him.

But the book simply came back with tacit approval and an agreement that I could use the pictures I needed.

“Print the myth,” he seemed to be saying. And so it remains.

Dylan Jones is the editor-in-chief of GQ and the author of When Ziggy Played Guitar: David Bowie and Four Minutes That Shook the World (Random House) £19.99

2 thoughts on “Blackstar is a seriously great record, and says so much about David Bowie”