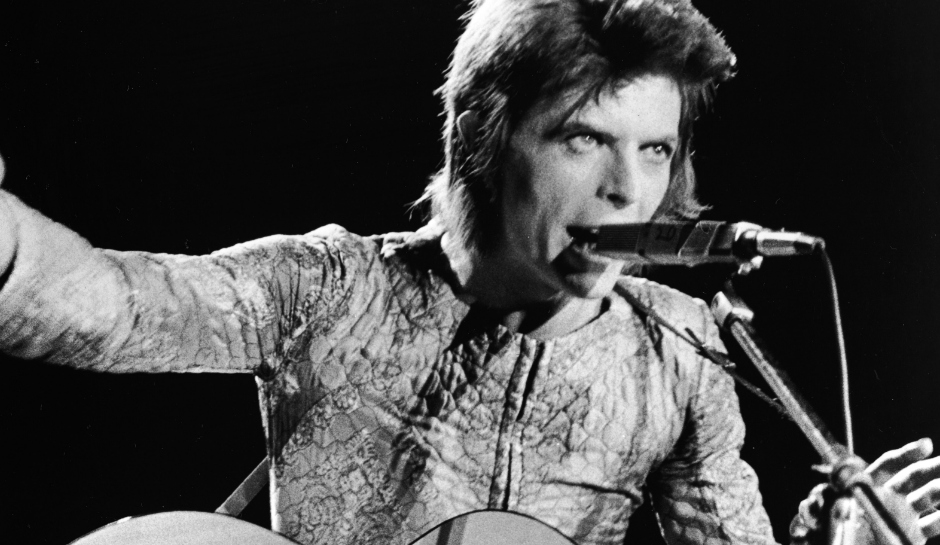 He was and still is one of the world’s great musical icons – and exactly 44 years ago today, David Bowie mesmerised Doncaster for the very first time.

It was on September 1, 1972 that Bowie presented his other-worldly ego Ziggy Stardust, playing at the Top Rank in Silver Street.

Tickets were 95p in advance and £1.10 on the night – a far cry from the cost of his concerts in later years before his tragic and untimely death earlier this year at the age of 69. The singer, famed for hits such as Starman, Space Oddity and Heroes, had several Doncaster connections and returned a year later to the same venue on June 27, 1973. He also had local blood running through his veins – for his dad was Doncaster born and bred. Haywood Stenton Jones, more commonly known as John, was born at 41 St Sepulchre Gate in the town centre in 1912. His birthplace is where the Caffe Nero coffee shop is now situated.

The singer himself was born David Jones in London in 1947 by which time his father was a promotions officer for Barnardo’s. The Ziggy Stardust tour across the UK, North America and Japan in 1972–73 was to promote the albums The Rise and Fall of Ziggy Stardust and the Spiders from Mars and Aladdin Sane.

Music lover Guy Forshaw said: “I was there at the 1972 concert in The Top Rank. “Didn’t actually like his style of music then but my best friend bought me a ticket, couldn’t refuse, but I’m glad I went, it was like theatre meets rock meets Sci-Fi!

“One thing most people won’t remember about this concert is half way through it – David threw about 100 playing cards (all Queen of Hearts) into the audience with an invite to an autograph session upstairs after the concert if you showed up with the card. Didn’t know what that meant then but I do now! “Didn’t get a card – would have missed the last bus!”

Following the star’s death in January, his Doncaster cousin spoke of her thirty year quest to get in touch with the superstar. Second cousin Shirley Rust never met or spoke to the Space Oddity star – but she spent several years trying to contact the singer who appeared on stage twice in the town during his Ziggy Stardust era.

She said: “I tried many times over the years to try and make contact after finding out the family connection, but never managed it. “We contacted his management, biographers, everything to try and make the connection but he was so elusive.” Bowie’s Doncaster roots stretch back to the 1900s – his grandad owned the Jubilee Boot and Shoe Company, which was based in St Sepulchre Gate, where the Caffe Nero coffee shop is now situated.

And Bowie’s grandmother is buried in Hyde Park Cemetery. Mrs Rust, whose husband Bob was weatherman for Yorkshire Television during the 1980s, said: “Haywood was oprhaned at around the age of five and was brought up by my grandparents until the age of 21. “He lived and went to school here. “They lived at Morley Road and Copley Road before he moved down to London to find fame and fortune and where he eventually settled with his wife and where they had David in 1947.”

After moving to the capital, Mr Jones lost touch with his Doncaster roots – although he did return to the town in the 1960s to open a Barnardo’s children’s home – he worked for the charity as a publicity officer during his later years. The family also have links with the Doncaster Free Press – Haywood’s cousin Lilian Blackburn was a majority shareholder of the newspaper during its formative years and the star’s grandma, Zillah Blackburn, is buried in Hyde Park Cemetery. Added Mrs Rust: “My husband worked in TV so had connections and we tried to contact him by fax in Switzerland, where he was living at the time, but never heard anything. We tried umpteen times over the years but never had any joy. There were so many barriers stopping us getting to him.” “No-one believes me when I say I am related to David Bowie, but all the evidence is there.”

1 thought on “ON THIS DAY: 1972: David Bowie plays Ziggy Stardust date in Doncaster”