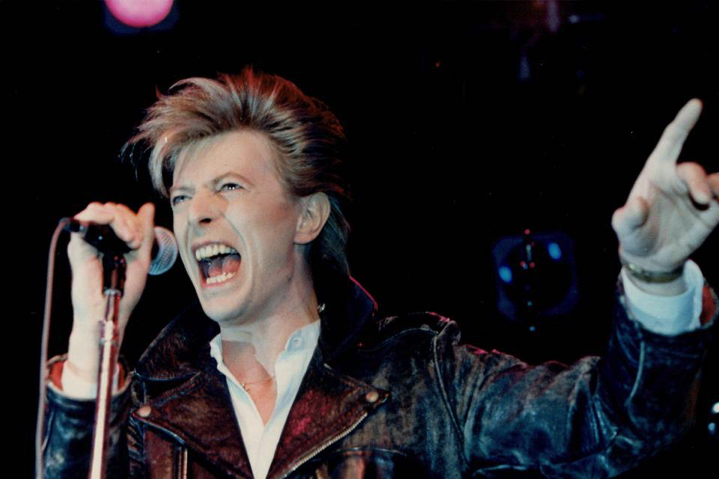 ‘Blue Jean,’ a mix tape and the power of music

Alison Weir is the British author of numerous historical biographies and novels, most recently “Katherine of Aragon: The True Queen” (Ballantine). She spoke with Marc Myers.

Back in the early 1980s, I suffered terribly from agoraphobia. Whenever I was out in open spaces, there was high risk that panic would set in, things would start to spin, and I’d have to hold on to a wall until the attack passed. The extended dance version of David Bowie’s “Blue Jean” all but cured me.

I’m not sure what originally triggered my fear of open spaces. It may have been the awful insecurity I felt as a child when my parents split up and my mother and I were out of our home for a year. Who knows?

In the 1980s, I sought treatments. There were breathing exercises and a range of mental diversions to get me to relax. In essence, I had to talk myself out of the panic attacks.

One day in 1988, my husband and I were driving in Scotland from Edinburgh to the county of Fife. Our two children were in the back seat, and a mixtape I had made was playing. To get to Fife, we had to cross the Forth Road Bridge, a sizable suspension bridge over the Firth of Forth estuary.
As my husband neared the bridge, anxiety started to set in. Shortly after I closed my eyes, the extended dance mix of Bowie’s “Blue Jean” came on my cassette, with its guitar, keyboard and crashing beat.
I focused on the music, but Bowie’s lyrics enhanced the instrumental: “Blue Jean, I just met a girl named Blue Jean / Blue Jean, she got a camouflaged face and no money / Remember, they always let you down when you need ’em.”

I have no idea what happened, psychologically, but the music’s zest and energy instantly ended my anxiety. The song gave me confidence and uplifted me. I opened my eyes and kept them open across the bridge. I enjoyed the view and emerged triumphant on the other side.