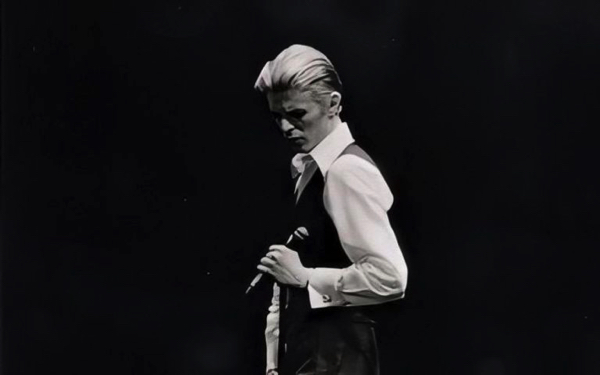 Nobody played a bigger role through the entirety of David Bowie’s career than Tony Visconti, an influential figure who was on production duty intermittently for decades. Having worked on production and arrangement of Bowie’s 1968 single ‘In the Heat of the Morning’ / ‘London Bye Ta-Ta’, Visconti enjoyed the Bowie ride all the way through to his final release of Blackstar in 2016.

It was Bowie’s sophomore record, Space Oddity, which would see him and Visconti link up for the first time on a full-length album and, more importantly, set the precedent for a long and fruitful relationship. However, speaking to the Irish Times earlier this year, Visconti revealed Bowie was a little rough around the edges when he took on the project: “He was all over the place, creatively, when I first met him, but the period immediately afterwards was much better,” he said. “At best, the songs were charming, albeit a bit naïve.”

Last year, Space Oddity was re-released with an updated mix by Visconti to mark the album turning 50 and to accompany the record he also looked back on it. The producer extraordinaire provided stunning insight into the creative process that went into forging one of Bowie’s earliest pieces of work and one moment that stood out in his analysis was when he broke down the title track.

Visconti revealed: “David said it was actually a song about isolation and he used the astronaut in space as the metaphor. The song was written in that spirit, being isolated in this little capsule, but seeing the Universe from your window. This is what I’m trying to get across in the mix. You are going to be travelling through this mix. Things will go by you, around you, behind you, in front, come towards you.”

The man at the helm for Space Oddity also vividly recalled his first meeting with Bowie: “I met David Bowie, one afternoon in the offices of my publisher and we instantly bonded because I loved all things British and he loved all things American, we just had so much in common.”

Visconti then went on to say how ahead of it’s time the titular track was in 1969 and that it is ‘incredibly modern sounding’, the only tinkering he did for his 2019 mix was make things sound ‘a bit wider and a bit fuller’.

The praise he had for Bowie is unparalleled, as Visconti pauses the track to add: “He was about 22 years old there and he already had one of the greatest voices in the world. It brings out all kind of sad emotions, happy emotions but I just get emotional in general by hearing in his voice.” He then beautifully concluded, “Space Oddity endures after 50 years because it is many things to different people.”

Watch the footage of Visconti reminiscing on that wonderful period below.

Thanks and info : faroutmagazine.co.uk