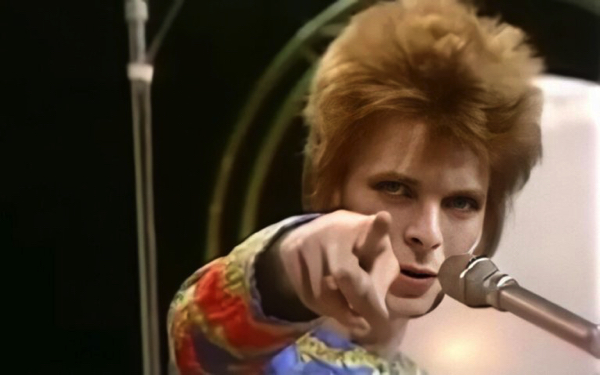 Sometimes artists are capable of changing the mood of music, steering a genre down a new path or creating nuances where the had previously been none. Some artists don’t just change music, they change the culture of the country and David Bowie was exactly one of those artists.

Bowie introduced Britain to his new incarnation Ziggy Stardust with a performance of ‘Starman’ on Top of the Pops, an effort recorded on this day in 1972 and, for a brief moment, the country stood still.

It was the moment Ziggy Stardust, Bowie’s new flame-haired incarnation from outer space, touched down on terra firms for the very first time. It saw Stardust quickly assume the role he was created to take and Bowie silently usher in a new age of music, clothes and make-up. With one performance, David Bowie made the UK go glam.

When Bowie was asked to perform on the BBC stalwart music programme he couldn’t have predicted the kind of impact it would have. Singing his new track ‘Starman’, a song which neatly explained his conceptual character Ziggy, the most Bowie could have been hoping for was surely a basic level of understanding. Instead, what he got was an outpouring of adoration.

Bowie pointing down the barrel of the camera would be enough to start a cultural revolution. It was after this moment, singing this song, that not only did glam rock begin to find its platform-shoed feet but that Bowie became a bonafide star. He connected with his audience through the television set and confirmed that he was just like them.

Just like the audience at home, Bowie had been swept up in Beatlemania and the pursuit of similar success. 1971’s Hunky Dory had done little to help that progress, never really getting the acclaim it deserved. It would take moving away from the kind of melodic poetry that the Fab Four had done so well and instead focusing on the “street energy” band like The Stooges and Velvet Underground possessed. Bowie had transformed himself within the space of a year and now he was about to launch into the stratosphere.

The first single released from The Rise and Fall of Ziggy Stardust and the Spiders from Mars, ‘Changes’, wouldn’t provide much hope for Bowie. However, the follow-up ‘Starman’ caught the attention of the growing youth and with this appearance, the Starman took his place on the mantel.

Bowie touched down on Top of the Pops like nothing any of the audience had ever seen before, that is, until the very next day when countless boys and girls across the land would try to imitate their new rock and roll hero. Bowie, the Starman.

See the clip, below.