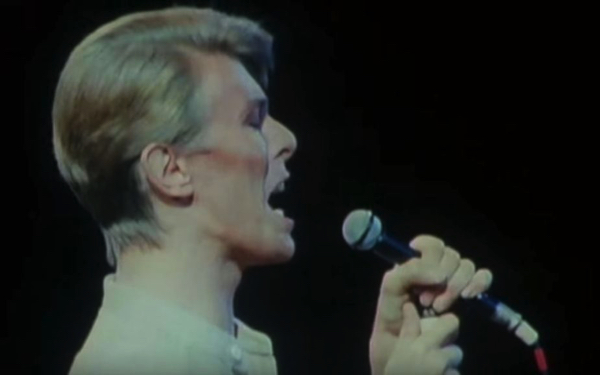 David Bowie was lucky enough to have a somewhat segmented career. As the chameleon rock star would attest to, he deliberately created stop and start points throughout his varied career.

Though Bowie had many different personas during his time in music, he was clear on when they began and ended. Whether it was the birth of a new image or the death of a whole act, Bowie was nothing if not clear. One such phase was also very clearly defined, a time in Bowie’s life where he was very close to the edge, almost cutting himself along the way. A phase in his life also known as ‘the cocaine’ years.

Following the release of Young Americans, David Bowie’s cocaine habit had begun to grow a little out of control. The singer had started to use an inordinate amount of coke to find his creativity and it was beginning to weigh on him physically—see his televised conversation with Dick Cavett for proof.

But while it was pulling down his appearance, his habit was seemingly elevating his creative mind. Most artists are sidetracked by drugs, look at Oasis’ Be Here Now for all the proof you need, but somehow Bowie transcended that pitfall and went on to create one of his most beloved albums; Station to Station.

The album was imbued with the madness a penchant for narcotics always provides. A vampire in the day, vulnerability rings out across the masterful album. But it was on the album’s eponymous song that Bowie really lets loose and deliver a heavy dose of Krautrock madness across the 10-minute track.

Though Bowie may have repeatedly insisted on the song that “it’s not the side effects of the cocaine,” the whole album is sprinkled with white powder. ‘Golden Years’ may well be one of the only stand-out singles form the LP but it still remains a fan-favourite to this day.

Bowie would soon move to get clean by taking himself to Berlin and creating a trilogy of some of his finest work ever but, for some reason, Station to Station has always held a distinctive gleam of desirability. It’s the reason Bowie chose to close out his set with the number, swirling and untouchable as it is.

By the time he took his Isolar II tour out to Tokyo, the singer had already been including ‘Station to Station’ as part of the set. So on December 12th, after 77 shows, Bowie was well equipped to deliver the perfect performance of the mercurial track. Watch the amazing performance below which also includes, ‘Five Years’, ‘Heroes,’ and ‘Fame’.