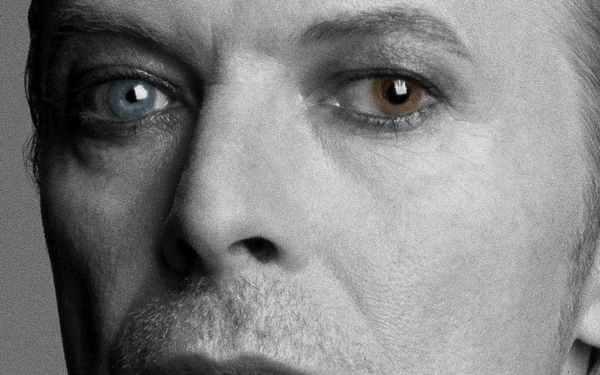 There are surprisingly few good books about the late star – but, as a newcollection of reminiscences by friends is published, we pick out the heroes of the Bowieography

Alongside the supremely well-read Bob Dylan, David Bowie was probably popular music’s most bookish star. Christopher Isherwood was an obvious influence on his so-called Berlin period; George Orwell’s Nineteen Eighty-Four inspired much of his classic album Diamond Dogs. Judging by a much-circulated list of his favourite 100 books released in 2013, he was also a fan of such literary touchstones as William Faulkner, Albert Camus and F. Scott Fitzgerald, as well as a range of modern works, from Martin Amis’s Money to the ribald British comic-cum-institution Viz.

It’s a little strange, then, that whereas good books about Dylan and the Beatles extend into the distance, the range of decent texts about Bowie remains relatively small. Such coffee table works as Mick Rock’s The Rise of David Bowie, 1972-1973(Taschen, 2016) handsomely showcase the visual aspects of his legend; if you want a forensic guide to his songs, dramatic roles, videos and more, you should start with the pretty authoritative A-Z dossier, The Complete David Bowie by Nicholas Pegg (Titan), first published in 2000 and most recently updated after its subject’s death. But when it comes to in-depth career histories, there are not many to choose from.

Thankfully, one of the most high-profile biographies that appeared before Bowie’s death is very good indeed. If you’re after the definitive tale told with both a novelist’s sense of drama and a deep appreciation of the music, try Paul Trynka’s Starman (Sphere, 2010), written with the help of a huge array of interviewees. Among its many charms are its whip-smart use of endless anecdotes: witness everything from Trynka’s evocation of Bowie’s upbringing on the London/Kent borders (one friend remembers him being “always well-scrubbed, with clean fingernails”) to the recollections of the one-time Deep Purple bassist and singer Glenn Hughes, with whom Bowie shared some of an infamously coke-crazed period in Los Angeles, circa mid-1975.

“The enduring image of their time together is the two of them, sitting alongside each other, isolated,” writes Trynka. “Glenn obsessively working out riffs on the guitar, and David watching the same dark, disquieting movies, over and over, both lost in their own world.” Clearly, there is a certain sickened romance to such scenes, but Hughes is having none of it: “It was miserable,” he says. “It always is miserable.”

David Buckley’s Strange Fascination (Virgin, 1999, last updated in 2012) isn’t as exhaustively researched or as well written, and it tends to restrict its focus to the music – but in that sense, it capably shines light on Bowie’s ceaseless creativity. By way of showcasing the critical faculties at work, 1980’s “Ashes to Ashes” is nicely summed up as a work of “Edwardian queasiness, portraying a world of nostalgia, childhood reminscence and distant memories”, while the accompanying video is portrayed as the spectacle of Bowie summoning “archetypes that had pervaded his writing in the past decade, in order to kill them off and lay to rest the ghost of impersonation”. From the book’s title onwards, most of what Buckley writes is based on what evidently first drew him to his subject: the idea that “rock stars are meant to be weird, disquieting and discomfiting”.

Bowie’s Berlin period, which stretched between 1976 and 1978, was about a partial retreat from those demands, into what then passed for (relative) sobriety and calm. As against his time in LA, he claimed to have suddenly become “incredibly straight, level, assertive, moderate” – although his new companion Iggy Pop later claimed that their average seven days broke down into “two for bingeing, two for recovery and three more for any other activity”.

Whatever, his time in Germany and the music it sparked is explored in Thomas Jerome Seabrook’s Bowie in Berlin (Jawbone, 2008), a mixture of biography and song-by-song analysis that authoritatively nails its subject matter: a time, as the author puts it, of “bingeing and purging, relapse and recovery” – and some of the most visionary work of Bowie’s career.

As a portrait of what Bowie was in Germany to escape from, his first wife Angie’s memoir, the infamous Backstage Passes: Life on the Wild Side with David Bowie(Cooper Square, 1993), takes some beating. The kind of read that mixes tabloid-esque confessions with psychobabble, its tone is established from the off: “We went back to Paddington together,” she writes of one of the couple’s first encounters, “and what was going to happen started happening. I got fucked.” That said, she also makes this claim: “Sex wasn’t the mainspring between David and me. In our partnership the primary imperatives were creative expression, philosophical growth, and the achievement of our separate, mutual, and equally bright-burning ambitions.” He went on to shape pop culture in his image; she ended up in the Celebrity Big Brother house – where, in a grim twist of fate, she learned of her former husband’s death.

Less sleazy and often more enlightening accounts of Bowie by some of his closest collaborators are contained in David Bowie: The Pitt Report (Omnibus, 1983), a retelling of his pre-fame years by his first manager Kenneth Pitt, which is out of print but easily bought second-hand; and the autobiography of his producer and foil Tony Visconti, titled Bowie, Bolan and the Brooklyn Boy (Harper Collins, 2007). Both are full of great material – Visconti’s account of Bowie’s first meeting with John Lennon, for example, is a treat – but are inevitably lacking one aspect of Bowie’s life that is central to his whole story: the bond he formed with millions of his fans, and the way he catalysed their fantasies and ambitions in a way that no musician has since.

This is the basis of Paul Morley’s The Age of Bowie (Simon & Schuster, 2016), the 450-page book its author claims to have written in 10 weeks flat after its subject’s death. It is as idiosyncratic and knowingly pretentious as most of Morley’s writing, but also full of tributes that might be overblown, but speak powerful truths. One of the best captures the magic Bowie spread with his first bona fide classic album, 1971’s Hunky Dory, and might just as well apply to any of the most brilliant phases of his artistic progress. “He flooded everyday reality with exotic information, and made intellectual discovery seem incredibly glamorous and accessible,” writes Morley. “Those indifferent to his ways would probably have just seen grotesque sexualised pantomime, heard noisy, repetitive nursery rhymes, and a narcissistic, half-naked, fidgety, goofy, effeminate singer wearing hobgoblin hair [and] trying far too hard to impress. To those who got it, he was at ease exhibiting his mind and body in the public glare so fantastically, and if you had cracked the code, he was dramatically splitting reality wide open and penetrating time itself. The perfect role model for a teenager.”