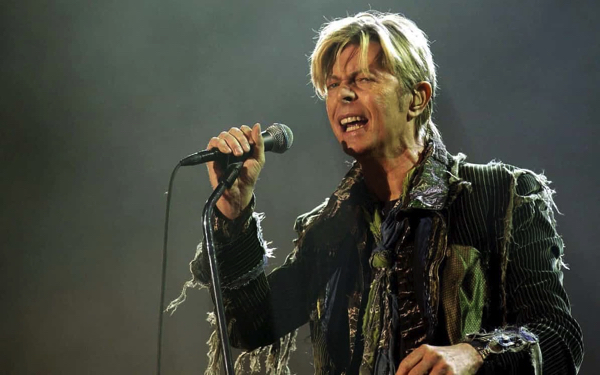 The expansive musical catalogue of the late David Bowie reached its one billionth stream on Spotify last week, according to a recent post on the rock legend’s Facebook page.

With the popular music, podcast and video streaming subscription service having launched in October 2008, the milestone only took Bowie, who passed away at the age of 69 from liver cancer in January 2016, less than nine years to achieve. Today, Spotify boasts roughly 140 million users and 60 million paid subscribers.

The classic 1977 track “Heroes” (from the album of same name) presides as the English artist’s most streamed song on the platform–perhaps due in large measure to the hit single being originally recorded in English, French and German. According to Variety, Bowie’s top 10 most streamed solo tracks go on to include “Let’s Dance,” “Space Oddity,” “Life on Mars,” “Starman,” “Rebel Rebel,” “Moonage Daydream,” “Changes,” “Ziggy Stardust” and “Modern Love.”

Other of his top solo tracks streamed on Spotify include “Fame,” “The Man Who Sold the World,” “China Girl,” Oh! You Pretty Things,” “Sound & Vision,” “Where Are We Now?,” “This Is Not America,” “Ashes to Ashes” and “Young Americans.”

Bowie has sold over 140 million records worldwide across 26 studio albums dating back to his self-titled debut in 1967. Last week’s streaming landmark occurred a month in advance of the Sept. 29 release of Parlophone‘s latest David Bowie box set, A New Career in a New Town. The 11-CD/13-LP compilation will represent the label’s third installment in an ongoing series celebrating the artist’s career from the period of his first hit single, 1969’s “Space Oddity,” up until his final album Blackstar and death in 2016.

The upcoming Bowie box set will close the book on his early years with RCA Records, the label that also produced the albums from his seminal glam-rock phase (1969-73) and the R&B years of 1974-76.