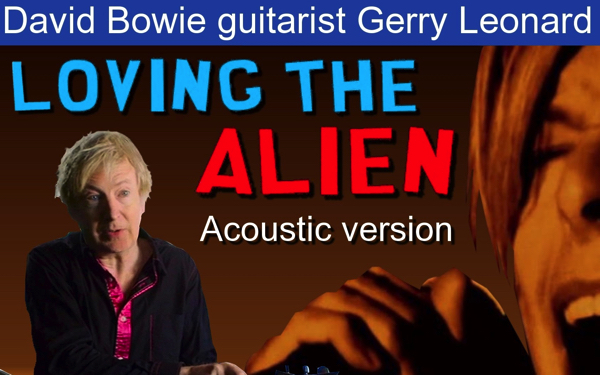 Guitarist Gerry Leonard’s acoustic re-working of David Bowie’s 80’s classic “Loving The Alien” is just one example of his subtle genius. Enjoy this interview with Gerry where he talks about how he came up with the beautiful stripped-down version of the song, and then watch Gerry and Bowie perform it together live in concert as part of Bowie’s Reality Tour in 2003.

Gerry features on David Bowie’s “Heathen”, “Reality” and “The Next Day” albums. He toured with Bowie on the Heathen and Reality tours, and was musical director for the Reality tour and DVD. He has the only original writing credits other than Bowie on The Next Day, for the songs “Boss of Me” and “I’ll Take You There”.

As a solo artist, Gerry Leonard works under the name “Spooky Ghost” and has released a number of albums. David Bowie described Spooky Ghost’s 2002 album “The Light Machine” as “Quite the most beautiful and moving piece of work I have possessed in a long time.”