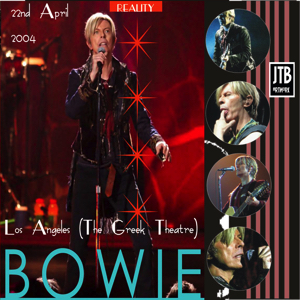 David Bowie’s acclaimed A Reality Tour returns to Los Angeles for dates at The New Greek Theatre on April 22nd. Extended by overwhelming demand, A Reality Tour has been both a popular and critical smash. Bowie ‘s first round of local concerts in Los Angeles sold out in a matter of hours. Also, the press hailed A Reality Tour as one of the best shows of the year. With a rotating set list featuring a healthy number of songs from his remarkable catalog plus selections from his recent classics, A Reality Tour proves that Bowie is just hitting his stride nearly four decades into his career.