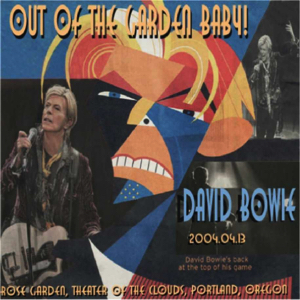 A GREAT CONCERT
The audience got what they came for, whether die hards like myself, or new fans, like my wife and 2 of my daughters, who appreciated the fact that less material was drafted from Reality, in favor of more songs they recognized. Parting comments from others included “Amazing” and”Phenomenal” to”I can only think of one or two other bands that even come close”! 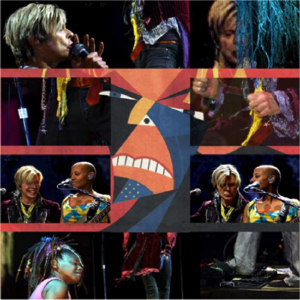 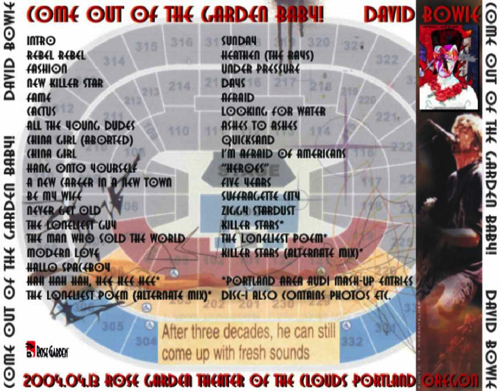 the version of memory of a free festival (part 2-chorus only) came at the end of their set, then there was an intermission and the standard video “let’s keep this going” jam opened BOWIE’S set.
I was really impressed by how strong David’s voice was! The vocals on many of the songs were sung with the crispest inflection I ever heard. Bowie nailed the falsetto at the end of BE MY WIFE (just like my favorite version on “FOREVER YOURS”-Sydney 1978). I have not seen him for 35 years, but have kept pace through avid trading of video, vcd’s and cdr’s.

I first taped david in august of 1974, when the Hammersmith gig was re-broadcast on us tv and radio, My father was an artist, but he knew nothing of david and refused to allow me to view him on tv, so i taped the stereo simulcast and was transfixed…it was evident even then that this was no ordinary singer. I sensed theatre and art and science fiction and couldn’t wait to buy the lps to find out what they were bleeping out (16 years old :).

It took another five years (and a pint of blood) to actually see him live. (san diego sports arena-march 13th? 1978) and that was the greatest concert I have ever been to until last night!
I remarked early on to my wife (who was attending her first concert ever),Bowie appears to be on fire tonight! and he was.

He absolutely reveled in the reception we gave him! After Rebel, Rebel, he remarked “I have NEVER been so enthusiastically recieved by AMERICANS”! The show just got better from there! He begged us to sing along on “ALL THE YOUNG DUDES”, and then asked us to sing “CHINA GIRL”. The band played a feww stanzas, David let us do the singing, then cut everyone short proclaiming our efforts to be “TRAGIC”. “I better trade off with you.I’ll do one and then you do one” He then restarted the song and sang it for us.

The whole show went off like a well oiled machine, similar to the outside and earthling tours that seemed to produce tighter more polished shows as the tour progressed. My wife commented that the band was “really tight” and “kept a good beat”. She was also glad that he played more of his older songs that she recognized (like fame and china girl etc). To prepare my wife, I played the REALITY DVD, and when she remarked that she preffered his older material, I played her A&E, followed by the BBC 2000 gig.At the show, the Polyphonic spree promised us a “surprise” that david had tried during sound checks and I’m guessing that to be MODERN LOVE, which I did not expect, but it was a more upbeat, rock-driven version than any he’s done before, and it really went off well. The die-hards among us kept the hollering going for Quicksand and Hallo Spaceboy, while the general audience rored for the radio hits. It was a great mix for all.
One last note: it was encouraging to see many young teenagers getting off on Im Afraid of Americans etc. I brought 2 of my own teenage daughters who went just to “see a concert” and left singing BOWIE’S praises! They particularly enjoyed “UNDER PRESSURE, ASHES to ASHES and HEROES”. I must admit that I prepared them by showing them bits of the new DVD, then i showed my oldest the 1980 FLOORSHOW in it’s entirety, followed by the strecth of “LOOKING FOR SATELLITES,UNDER PRESSURE and “HEROES” from the birthday bash, just prior to leaving the house. Previously I had shown them the video to ASHES to ASHES and LITTLE WONDER.Now that she’s seen him in person, I found her on the internet checking out BOWIENET.
What more could a guy ask for in his daughter? 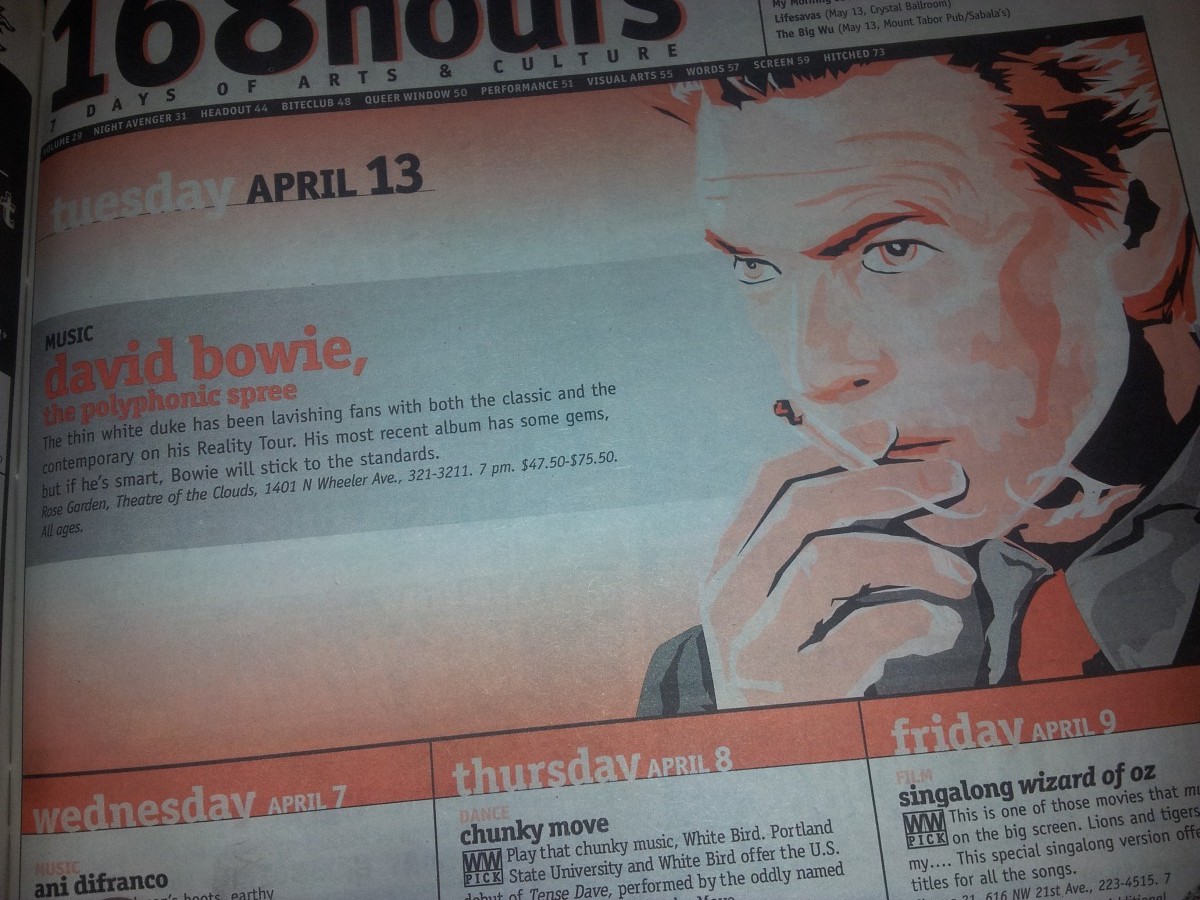