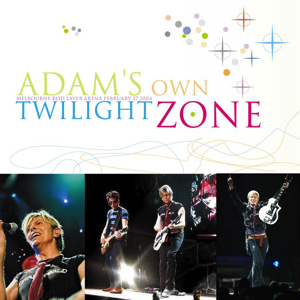 Some notes from BowieNet:
David Bowie has just stepped off the stage at the Rod Laver Arena, and, as ever, the very lovely Charly has come through with the goods. Apparently David was back in the familiar stage outfit that he’s been wearing throughout A reality Tour. It seems the Zoot may have been a one off.

Thirty-five years ago, David Bowie set out to change the world with a rock’n’roll band led by his futuristic rock star alter ego Ziggy Stardust.

Last night at the Rod Laver Arena, the carrot-topped alien was nowhere to be seen as the musical icon played his first Melbourne show in 16 years.

At times, it was hard to reconcile some of the alienated young man’s lyrics such as “Pretty soon now you’re gonna get older” (from Changes) with this dapper, healthy, 57-year-old mainstream entertainer.

But having changed the world and now enjoying that period somewhere between his golden and twilight years, the crowd was thrilled to be guided through a back catalogue of songs that reveal snapshots of his idiosyncratic rise and fall and rise.

With a generous leaning towards his hit-heavy 1970s era, the concert had all his musical flavours: folk, glam rock, soul, blues, disco, funk and techno, old gems peppered with songs from recent return-to-form albums Reality and Heathen. Scarcely a note was played from his creative void that was 1983 to 2002.

Bowie, himself decked out in dark jeans, runners, tatty tails and a red scarf, inspired his own fashion show. There were neo-kabuki gothics and many others groomed to perfection with glittered make-up, hairspray and seductively long gloves and at least one Ziggy Stardust.

His bellowing, golden voice and commanding stage presence make him the consummate live entertainer. With the opening riff of 1975 song Rebel, Rebel, he had the fans on their feet. Next came 2003’s New Killer Star, seamlessly followed by the dirty robotic funk of Fame, the ode to celebrity he wrote with John Lennon.

This was followed by a cover of the Pixies’ Cactus, and reworkings of Jonathan Richman’s Pablo Picasso and The Velvet Underground’s White Light/White Heat. Clearly, this was not a nostalgia show but a tribute to rock’n’roll. But some of the highlights were ballads reflecting his innter peace, such as Quicksand, Life on Mars and a slow, funky version of Ashes to Ashes.

In contrast to his either supercool or supernatural character during performance, his casual on-stage banter could have been any bloke in the pub.

The journey began in outer space with his Ziggy Stardust phase (a reaction to the “denim hell” and West Coast soft rock of the ’70s) and his 1976 film The Man Who Fell to Earth. The latest chapter sees Bowie landing on the ground 30 years later as a balanced, clean-living father and husband, which he sings about in Reality.

Unlike the recent spate of nostalgia tours, Bowie’s A Reality Tour stands apart because of his strong recent work and because, unlike some of his peers, he doesn’t demand photographers shoot 100 metres from the stage.

Combined with the fact that he has more hits than just about any act other than the Beatles, and the looks and energy of a man half his age, this show was unmissable.

The six-piece band was in crack form at the tail end of a seven-month tour, with lead guitarist Gerry Leonard doing his best to fill the large shoes left by the late Mick Ronson.

The band and Bowie peaked with knockout versions of Suffragette City and, finally, Ziggy Stardust.