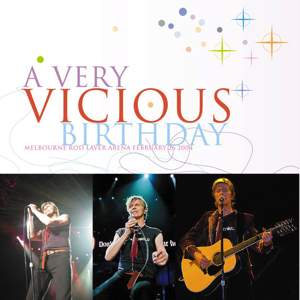 David Bowie has just stepped off the stage at the Rod Laver Arena, and, as ever, the very lovely Charly has come through with the goods. Apparently David was back in the familiar stage outfit that he’s been wearing throughout A reality Tour. It seems the Zoot may have been a one off. 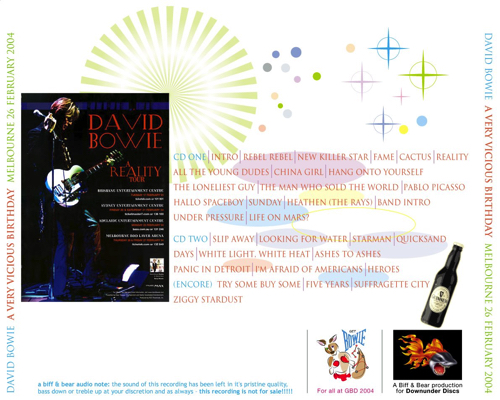 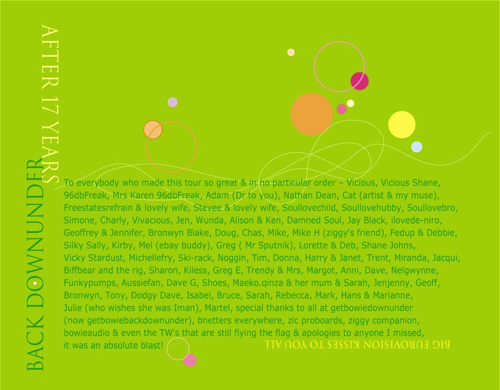 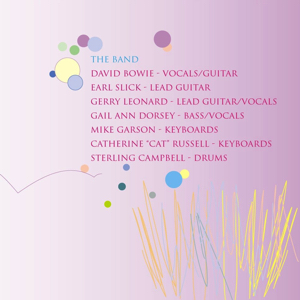 Built in 1988, the venue is well acquainted with international rock acts but most notably it is the home of The Australian Open tennis championship. The night of February 26, however, marked the first occasion that David Bowie would play a concert at the arena.

On the first night, Bowie’s bassist – Gail Ann Dorsey (a huge tennis fan) – made note of the venue they were playing in by appearing on stage with a giant sized tennis ball.

Early in the concert, Bowie noticed a girl wearing a tiara in the front rows and later on, he addressed more people for their ‘very cool outfits’. Bowie proceeded to play a solid show even if there were no new songs added from the previous downunder concerts.

Finally, Bowie closed the first night with a triple-header from Ziggy. Having already played Hang On To Yourself and Starman earlier in the set, Bowie approached the mic to sing Five Years, Suffragette City and Ziggy Stardust.