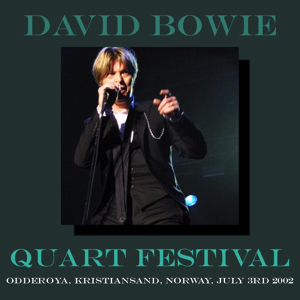 After a nice echo-version of I’ve been waiting for you : “Hai guys .We’re gonna spend some time together ,so I think we have enough time to put some strange things as well….I’ll squeeze in som Dolly Parton numbers tonight ….Okay ,this is called Speed of life.”

David Bowie played his first outdoor festival show of the ‘Heathen’ tour to an ecstatic crowd last night.
Though the set was performed in a steady drizzle of rain, the 12,000-strong audience’s spirit certainly wasn’t dampened as they clapped along to the like of ‘5:15’ and ‘Heathen’. The crowd obviously showed great appreciation for the older stuff too, greeting songs such as ‘Changes’ and ‘Ziggy Stardust’ with much joyous enthusiasm. 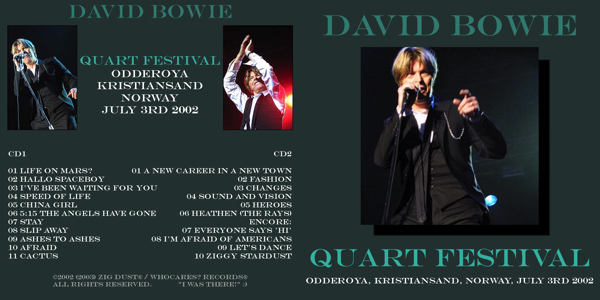 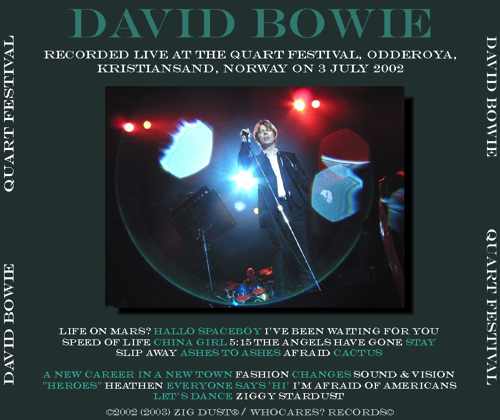