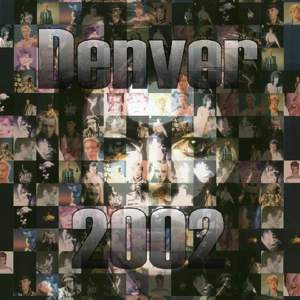 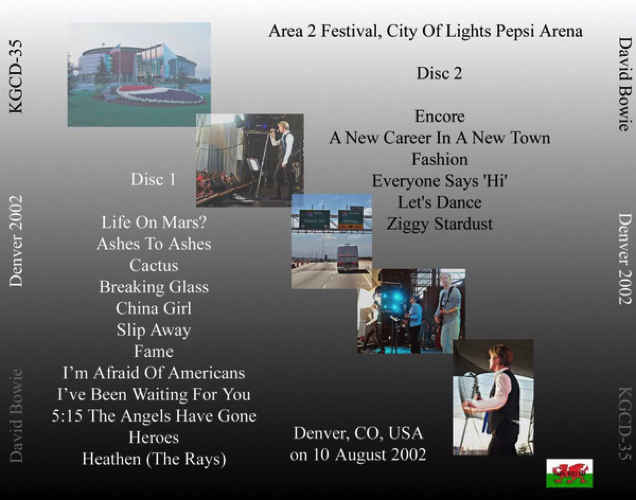 The Rocky Mountain News were not quite so quick off the mark, but they did have a story Friday covering a telephone interview David gave recently from New York. With reference to some of his past work, he talked about “trying to widen the vocabulary of rock by utilizing other aspects of the arts,” but had this to add when discussing the current tour, “There’s no art involved in this one. It’s just a bloke singing songs – a nice pair of trousers and a bloody good band.” And on being nominated for the Mercury Prize:- “..I was thrilled. All the other nominees are 13 years old. Hey, look at this old guy go! I was really chuffed about that.”

The same paper did catch up this morning however, with this review of the show, which was well worth waiting for. They said:- “both Moby and David Bowie easily gave some of the peak performances of their careers… Bowie opened with an exuberant Life On Mars, delivered in superb voice to an ecstatic crowd. He chose wisely from his new album, Heathen, delivering those songs with ultimate confidence… Charming and effusive, he worked through a swath of his career, from a crunching, hard-edged Fame to a loping, energetic Heroes to the final cut, the definitive live version of Ziggy Stardust that left the crowd breathless and stunned. I’m Afraid Of Americans took on an otherworldly air in light of the past year, with fans cheering the lines “I’m afraid of Americans / I’m afraid of the world.”

Once again, David was joking with the crowd and telling stories about his days on the road. It seems he had the tour bus stop in Nebraska to try and get hold of a “Jackalope” for the hood of the bus. Unfortunately they were all out. Maybe he should have tried Jackalope Junction. 😉 He praised Denver for its famous bookstore, ‘The Tattered Cover’ where he said he spent 19 hours. When drinking from his mug, he announced that his mouth was so dry he could lay down carpeting with his tongue, then said he wasn’t sure quite what that meant but it “sounded good”. The crowd were very hot for David last night, with great choruses of ‘Bowie’, ‘Bowie’, ‘Bowie’ going up to persuade him to come back for encores. When he returned to the stage to grant their wish, he opened the encores with ‘A New Career In A New Town’, and told the audience it was “pre-Dance Tent”.