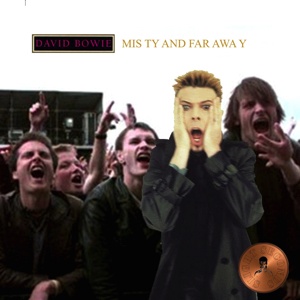 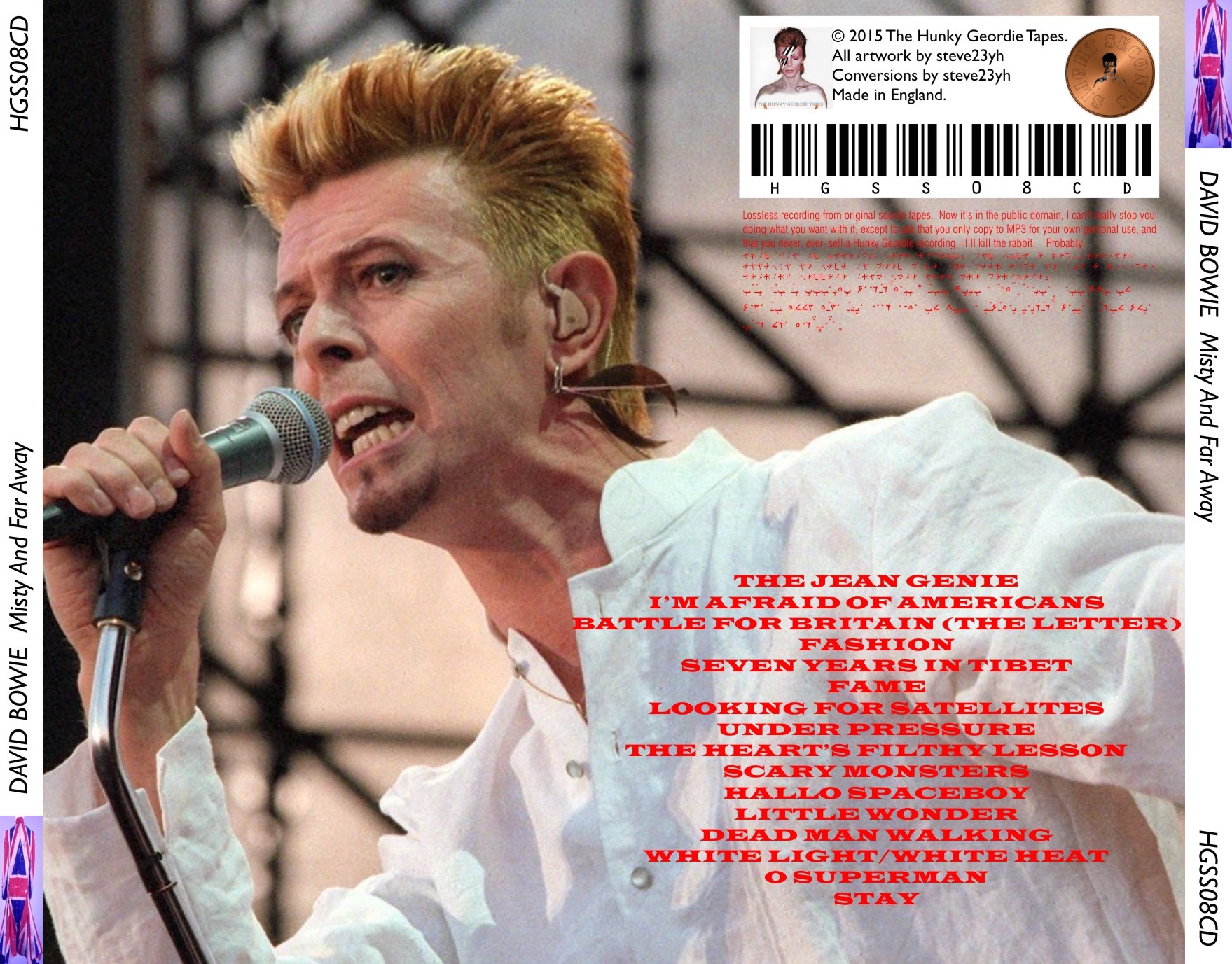 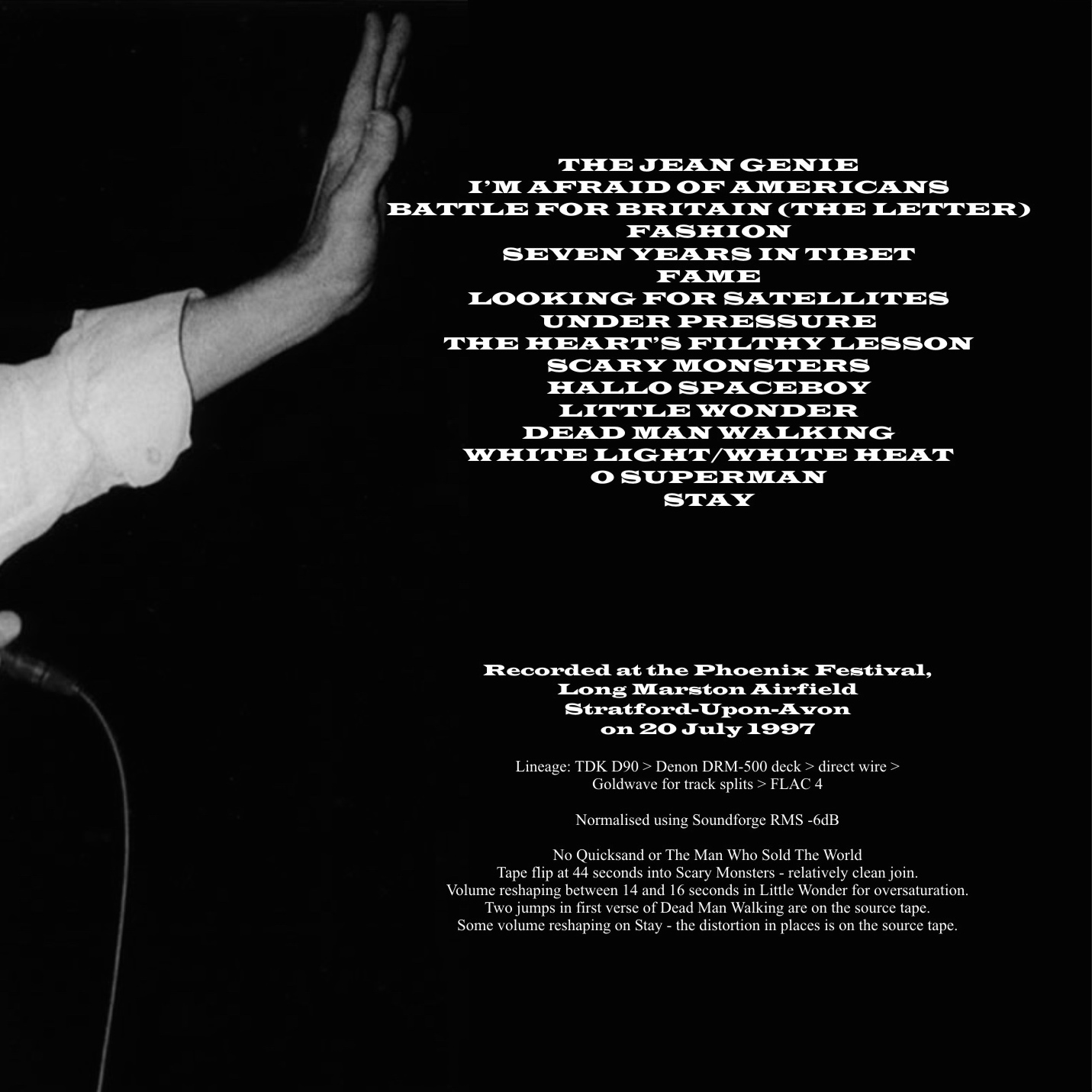 Tape flip at 44 seconds into Scary Monsters – relatively clean join.
Volume reshaping between 14 and 16 seconds in Little Wonder for oversaturation.
Two jumps in first verse of Dead Man Walking are on the source tape.
Gap at start of O Superman (3 seconds) – Let’s Dance repair from a little later in the start (not noted on the art).
Some volume reshaping on Stay – the distortion in places is on the source tape.
TLH to resolve sector boundary errors.