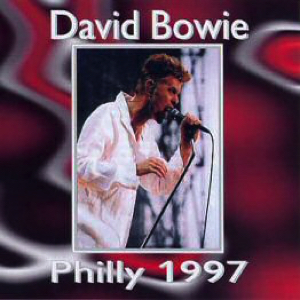 Good sound. Security was real tight. The taper had his Sonic Studios mics under his shirt collar. He was about 15ft in front of the speakers. Nonetheless, the sound came out sounding a bit muffled. He did some EQ work on it to brighten it up so it turned out average for his taste. This was a unique Earthling show, so that’s why He made it. There is some excess audience noise (screaming girls) for the 1st few songs, but then it settled down. All in all, it’s not a bad CD

Before the band intro > “It’s time to say hallo .I didn’t know to say ,so we were just playing songs .I was born in London .That’s all I got to say .I’ve got Americans all around me .” 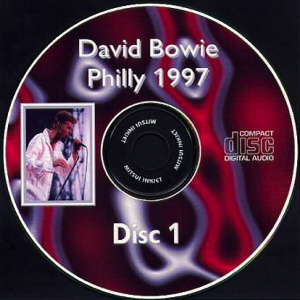 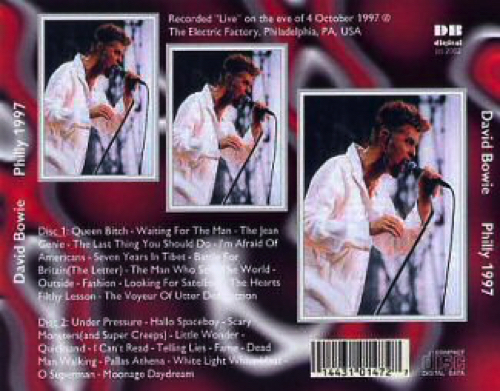