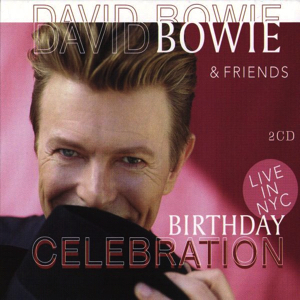 David Bowie and his contingency of superstar guests blew the big steel doors off of Madison Square Garden on January 9, 1997 during his 50th birthday bash. The supporting cast included such luminaries as Billy Corgan of Smashing Pumpkins, Robert Smith of the Cure, and Lou Reed. 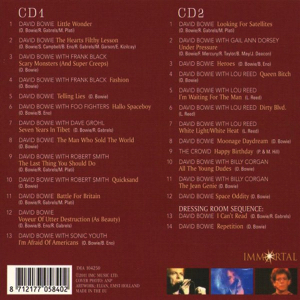 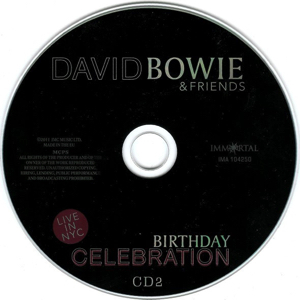 During the opening number, “Little Wonder” (from the forthcoming Earthling album),a transparent screen, on which videos were superimposed, hung at stage front. Midway through the song, the screen lifted, allowing a clearer view of the band. Bowie looked elegant as hell, dressed in a knee-length jacket over an otherwise all-black outfit, sporting a well-trimmed goatee and a spiked coif of flaming red hair.

After a couple more songs, among them “Scary Monsters,” the guests started to filter in, including the Foo Fighters, Sonic Youth and Robert Smith. Needless to say, the biggest response was awarded to “the King of New York” (Bowie’s words), Lou Reed.

In 1979, Jean Rook, of the Daily Express, asked him how he would face up to being 50 years old. “I shall welcome it, Lord yes,” Bowie responded. “Pop stars are capable of growing old. Mick Jagger at 50 will be marvelous — a battered old rouÈ — I can just see him.
An aging rock star doesn’t have to opt out of life. When I’m 50, I’ll prove it.”