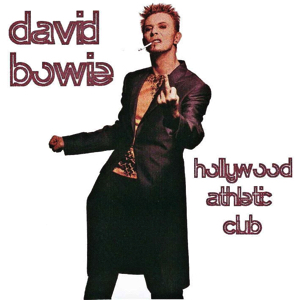 Review
Bowie Gives a Focused Show in Intimate Small-Club Setting
“My nose hasn’t felt like this since the ’70s,” David Bowie quipped during his concert Wednesday at the Hollywood Athletic Club, slyly likening his pollen-caused congestion to his notorious cocaine era.

It was just one of the many wisecracks and casual asides that, along with his physical and psychic proximity to the fans packed onto the dance floor, marked this last-minute small-club show as memorably intimate and informal.

But although the show accomplished the standard mission of these events–giving the musicians a break from the usual large venues, generating a little ink, buzz and goodwill and generally letting off steam–it was the music itself that mattered most.

The subtle gestures and facial expressions that worked at the 600-capacity Athletic Club might be lost when Bowie plays the 6,000-seat Universal Amphitheatre this weekend, but this shrewd and most theatrical of rockers knows how to make it work in any setting.

And in striking contrast to his last appearance in L.A., his drifting performance on that mismatched bill with Nine Inch Nails, Bowie, 50, is delivering his most focused, forward-looking, challenging show in ages.

He kicked it into gear with an opening fusillade of old favorites–“Quicksand,” the Velvet Underground’s “Waiting for the Man,” “Jean Genie,” “Panic in Detroit”–but he then reversed direction and built the heart of the set around his newest music. That’s something that few of his contemporaries are willing to do during a summer touring season increasingly given over to nostalgia.

Bowie and his four musicians–including two longtime collaborators, guitarist Reeves Gabrels and keyboardist Mike Garson–played six of the songs from the current album, “Earthling,” an unusually high ratio for a new record that isn’t a hit.

His artistic reinvigoration was reflected in the performance, whose sonic force, richness and dynamism captured the complexity and inventiveness of the new material–which brings Bowie’s preoccupations with technology, alienation and spiritual fragmentation to bear on ’90s culture–and enlarged it to a grand scale.

During his three-decade career, Bowie has been both a bold explorer and a sad panderer. Right now he seems in touch with the times, and once again his career shows no sign of taking a predictable course.