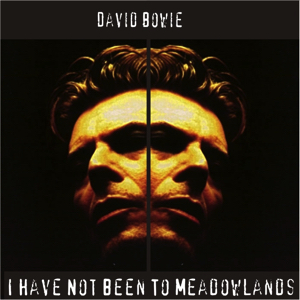 David Bowie 1995-09-27 East Rutherford ,Meadowlands Arena – I Have Not Been To Meadowlands –
Sound Quality Rating

For the first time > Look Back In Anger & Under Pressure 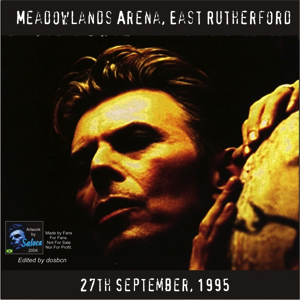 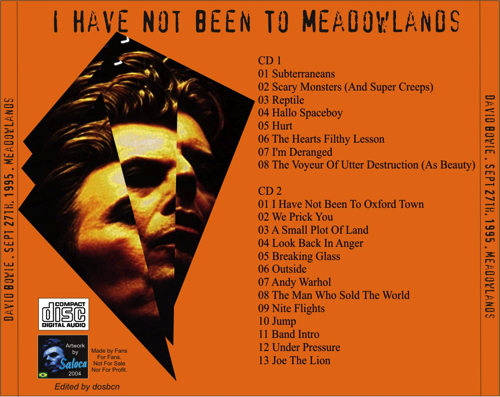 Not helping any is the strong focus on Bowie’s new album, “Outside” (Virgin). Purportedly the first in a five-disc set, it’s a concept album about ritual art-murders at the close of the century, with the attendant techno and industrial elements in place. Relatively uncompromising, it’s Bowie’s strongest (and most willfully strange) album in some 15 years — and the lack of familiar music leaves most of the audience scratching its collective head.

Bowie’s previous reinvention, as head of guitar-racket outfit Tin Machine, was patterned after the then-au courant likes of the Pixies. While that group kept its distance, NIN’s Reznor has fully welcomed the endorsement, with his and Bowie’s band playing together for four songs in an effective, intermission-less segue between acts.

The intriguing keyboard-based cross-rhythms of NIN’s records were mostly obliterated during the group’s opening half-hour, which concentrated on a thundering wall-of-noise approach for “Down In It” and “Burn.” Melody began to leak through during “Sanctified,” climaxing with a radically metallic “Closer.”

It was a smart move, gradually weaning the crowd from pure mosh madness to more traditional stylings, in preparation for the headliner. Bowie then appeared for a fiercely convincing “Scary Monsters” and his own new “Hallo Spaceboy,” interspersed with NIN’s “Reptile.”

Highlighting the summit was a marvelous duet on Reznor’s epic ballad of betrayal, “Hurt.” The two singers swapped verses, then joined for a thrillingly fervent chorus.

With that, NIN exited, and so did many concertgoers. Bowie opted for the “take your medicine first” method, playing only the unfamiliar “Outside” material before delving into the back catalog for a grab-bag of earlier tunes. Of the new songs, the Eno-influenced funk of “The Hearts Filthy Lesson” and the vaguely cheerful marching-to-Armageddon anthem “I Have Not Been to Oxford Town” stood out.

Bowie’s three 1970s albums with Eno (who appears throughout the new disc) –“Low,””Heroes” and “Lodger”– were acknowledged on this night, with a punky version of “Breaking Glass,” a pumping “Joe the Lion” and charging “Look Back in Anger.”

This is an admirably bold move for Bowie (though one suspects Virgin has its work cut out), and yet another validation for NIN — which likely will be headlining on its own next time around.