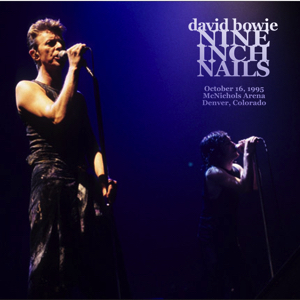 (This show was played while the Broncos were destroying the Oakland Raiders right next door. I wonder how many crossover fans there were and how it affected ticket sales?)

Like pretty much all tapes of the dissonance tour, this begins after NIN has hit the stage. (misses only the very beginning of terrible lie)

The Note on the Tape says “Coresounds Binaural > DAT2” and it has SCMS so the transfer is done with the Analog Out. The DAT was recorded at 48.00kHz but it when it was played back to the computer it was captured at 44.1kHz so the downsampling for CDR use was done in the playback stage to prevent any errors during that process. All of the recording and editing was done in Sound Studio on a mac. xACT was used to verify sector boundaries, then tag and encode the flac files.

The master tapes must have been a 60m tape, because at about that time there is a tape swap which loses most of andy warhol.
The taper says “didn’t get much of that” right after, and there is a little knob fiddling once the new tape is in. The plug comes out at the beginning of breaking glass and again in we prick you.
The knob gets bumped a few times and the levels drop for the beginning of the new tape and it isn’t until teenage wildlife that the taper adjusts them back up again. Meticulous computer editing in Sound Studio allowed me to adjust all this to the proper level the songs played at the show, and after all that I decided to patch the small dropouts in breaking glass and we prick you.
For breaking glass I used about 10 secodes in 2 different spots from the atlanta october 9 aud tape, for we prick you i used 10 seconds from the 2nd chorus of the (same) denver tape. 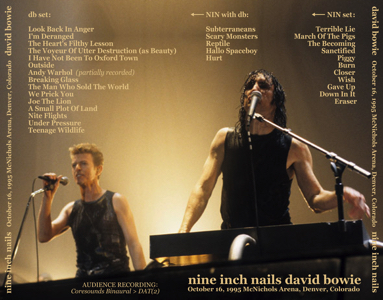 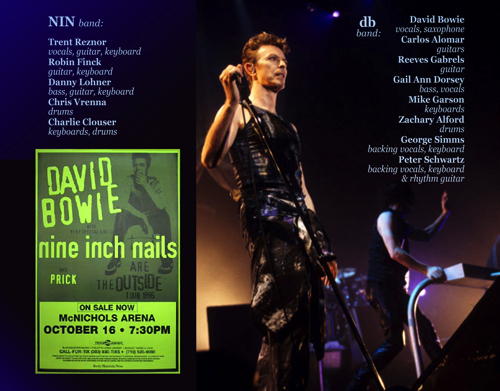