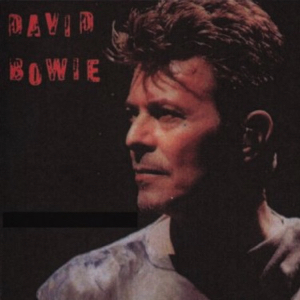 01. INTRO TICKETS ETC, WITH THE MAN WHO SOLD THE WORLD AS BACKING – A SMALL PLOT OF LAND – LOOK BACK IN ANGER – HEART’S FILTHY LESSON – SCARY MONSTERS – THE VOYEUR
02. OXFORD TOWN – OUTSIDE – ANDY WARHOL – THE MAN WHO SOLD THE WORLD – THE MOTEL – DJ – SRANGERS WHEN WE MEET
03. STRANGERS WHEN WE MEET – HALLO SPACEBOY – JUMP THEY SAY – BREAKING GLASS – WE PRICK YOU – NITE FLIGHTS – MY DEATH –
04. BOYS KEEP SWINGING – TEENAGE WILDLIFE – UNDER PRESSURE – MOONAGE DAYDREAM –

Voyeur of utter destruction > “This is a song you know from Outside and it’s called….”

Recorded at King’s Hall in Belfast on 5th December 1995. Unusual camera angle, perhaps from choir stalls, but right of stage, slightly behind the band. Fairly grainy and static, and the sound’s a bit fluffy, but reasonably close up, so watchable.

Posters advertised “The Outside Tour” for Thursday 23 November 1995 – but the show was actually postponed to 5 December.
Morrissey had been touring with Bowie as his warm up act – and to promote his Southpaw Grammar album.
But The Smiths frontman found himself playing to venues half-filled with Bowie fans waiting for their idol, so two weeks into the tour he pulled out.

Shows in Belfast, Sheffield and Manchester were cancelled and Bowie had to find a replacement, turning to The Gyres, Echobelly, Placebo and a variety of local bands.
The stage design was modest in comparison to Bowie’s previous theatrical tours, with mere sheets draped about the stage.
Tickets were £25 and this was the setlist: 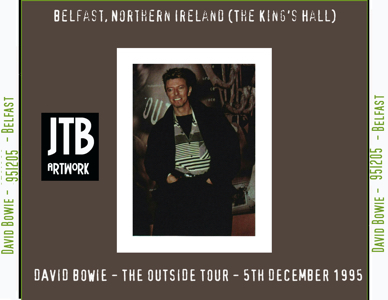