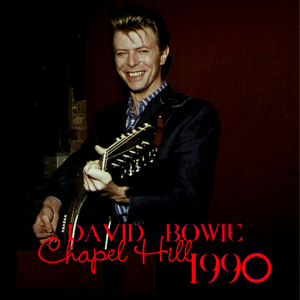 For anyone who was around at the time, you may recall this tour was billed as the one where Bowie would play his classic songs for the last time. Didn’t quite pan out that way. In hindsight though, it doesn’t detract from the show. For one , this was a crack band that featured the impeccable Adrian Belew on guitar. Been hooked on him since the Zappa days. If you’re not familiar with Adrian, I’d be willing to bet you actually ARE familiar with Adrian, you just don’t realize it. I won’t pontificate here but look at his Wikipedia entry for a pretty inclusive list of the many great contributions he’s made to excellent records. Also, it’s Bowie – in my book he does very little wrong. You gotta admire someone who’s taken the chances he has in his career. Originality goes a long way with me. One thing that was oddly original in this show – the band came out after their first set break and started playing “Sound And Vision” with all the house lights on and the PA turned off. Lasted for about a minute and a half til they turned it up.

Interesting thing happened while I was listening to this recording for the first time in at least 15 years. Initially, I was thinking of all the reasons I despise megastar shows in big arenas – the sounds not the best unless you’re lucky enough to snag seats close, visibilty generally stinks, intimacy is pretty non-existent and I always seem to be seated next to “the jerk”. About the time I was adding up the collective woe of all these items, “Heroes” came on. All music fans have a handful of songs that make some unexplainable visceral connection to what draws you to music and “Heroes” is one of those for me. Can’t explain it – I’m in no way a Bowie fanatic. But this song stops me cold each time I hear it. It’s one of those tunes that somehow reduces a room full of 25,000 people to me and the artist and makes all the grief worthwhile. It’s a great song and, at the end of the day, I guess that’s what keeps us all coming back