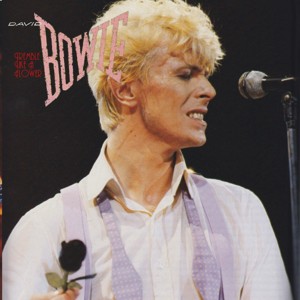 The announcer only says “Ladies and gentlemen.David Bowie and his band!”. After Cracked Actor the voice of someone from the organisation is heard over the loud­ speakers,but what he says is not clear. At the end of Young Americans Bowie sings: “Now aint there one damn song that can make you … “ and then the audience are supposed to sing “break down and cry”. However,the audience don’t,and there follows a silence with some screaming here and there.

After Cracked Actor, appears that a radio advert or something similar played over the PA. Left alone.
Gap removed @ 4:41 in Fame. Minor loss of music.

Have seen listing indicating that TVC15 was between Fame and Star, but absolutely no evidence here.