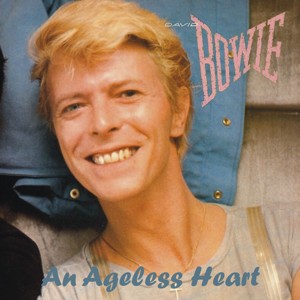 A great Tape
Once again Bowie displays his poor memory for dates when he announces Young Americans : “This is a song from an album in nineteen seventy … five” he says hesitatingly,” and it’s called Young Americans”. At the end of the song a longish pause,but then he sings in a strong voice “Now ain’t there one damn song that can make me … “ and the audience reply en masse “Break down and cry”. At the end of Fame the audience join in singing “Fame,fame,oh,oh,dig it,stick it!”. Bowie concludes Star with the line “Ziggy played guitar”!!
A full house,over 51.700 scats sold,which means another record: ne­ver before had so many people gathered in this stadium to attend a show.

Sept. 3, 1983, at Exhibition Stadium (first of two shows): Opined The Globe’s Liam Lacey,
“Bowie may never again be the theatrical musical pioneer he once was, but he is still changing. The hysterical character parts he wrote for himself earlier in his career have been rejected, and the Bowie on this [Serious Moonlight] tour is really another persona, a Prospero figure who summons up all the old characters at will to offer a retrospective of his brooding demons and fantastic genies, none of which seems to directly affect this latest version of Bowie.