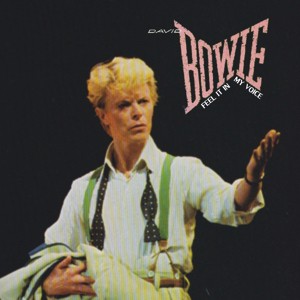 A fine concert:
“Ladies and gentlemen,on stage for the final Canadian performance of the 1983 Serious Moonlight Tour – David Bowie and his band!”.
It was a fine concert – maybe the audience was a little bit stand-offiSh,there was hardly any dancing for in­stance. However,the tape has registered a great deal of audience enthusiasm,especially during the band intro,when Bowie says “Gee,it’s warm” and announces Young Americans as “An old Yugoslavian song you might know”.

Running too fast – speed correction with factor of 98%.