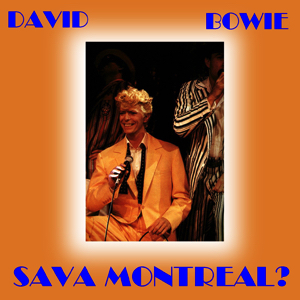 A fine concert,
but the acoustics were real bad; much was lost. For many of those present,although enthusiastic about Bowie’s show,this was rather a disappointment. This was also the opinion of the local press; in a very positive review the Montreal Gazette wrote that from a star like Bowie one might expect a better sound. A few days later appeared another article in the Gazette saying: ‘Bowie gets sound message and second show soars – Superstar isn’t too big to respond to criticism’. 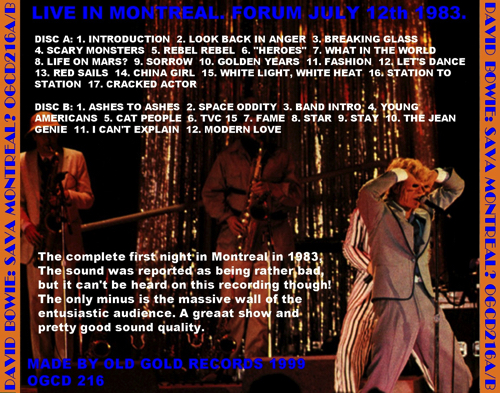 Quote:“The next day,Bowie or intermediaries read the review of the show in the Cazette,in which the wretched sound was criticised, Now Bowie is one of the most powerful entertainers in the world,financially secure,adept on vinyl,stage and screen,with a reputation that – after five years’ absence from the rock arena circuit – virtually guarantees sell-out concerts on his current North American tour. Critical reviews should run off his back like so much water.
So it was something of a surprise when the voice on the phone said: “Hello,Steve Handel here,David’s press attache.
I want you to know that David has taken your criticisms very seriously,and he and the band had an extensive sound check at the Forum this afternoon. I hope you will come to the show again tonight,and give the acoustics a second chance”. J did; it was a great one,one of the best of the year,one that those who were disappointed on Tuesday should be allowed to experience .

“We have a very special guest for you this evening … it’s, your royal highness Prince Charles of England” Bowie jests,“No he’s not” he then says,and the audience are rather confused. “Here he is,no he’s there. May I know your names? Your names,what’s your name? Joey Salabo, this is for Joey Salabo,it’s called Young Americans“.