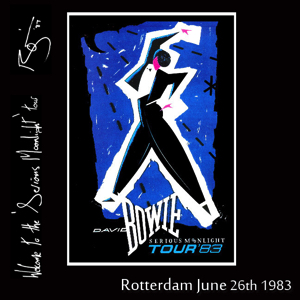 That afternoon at about 5pm Bowie had been interviewed by Cinevisie,a NOS programme: The interview was made in the Hilton Hotel and broadcasted on the 29th.