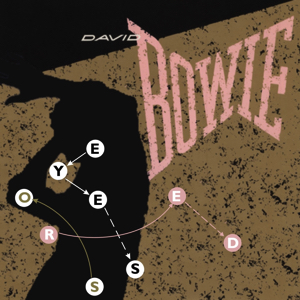 Bowie was in the right mood for this night and enjoyed himself perfectly. During the band intro he says something about them having so much fun during the tour,or words to that effect,but,elas,this is not very intelligible. During Fame Bowie was lying on the floor and let the globe roll over him,at which point on the tape One can hear the audience cheering.
The atmosphere was better during this concert than during last night’s; it was a good concert too. Only one false note by Carlos Alomur during Let’s Dance,and the intro to Cat People he plays terribly out of tune,but he soon pulls himself together. Bowie calls Earl Slick “a very good friend from a long time back”,and when in Young Americans he sings “Ain’t there one damn song that can make me …”, he makes the audience reply ” … break down and cry”. 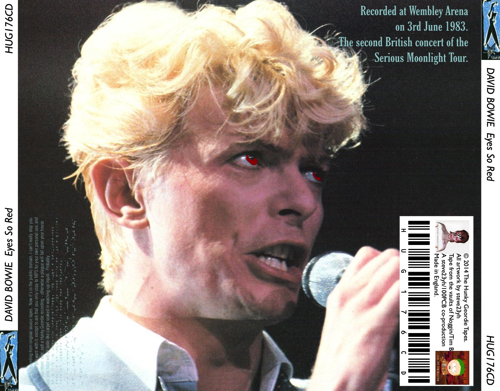 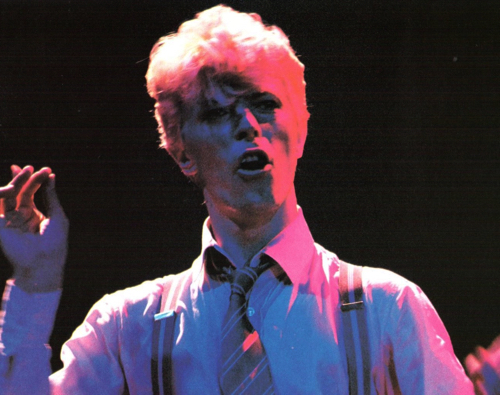 iZotope RX2 denoiser for mild hiss removal (very mild in places)
Running too fast – speed correction with a factor of 96%.

Volume boost to first few seconds of The Jean Genie intro.
Tape flip between Breaking Glass and Life On Mars? Fade on source tape, joined reasonably cleanly.
Join on tape between China Girl and Scary Monsters. Removed as cleanly as possible.
Tape flip between Hang On To Yourself and Fame – clean join, crowd noise only.
Sector Boundary Errors fixed with TLH.