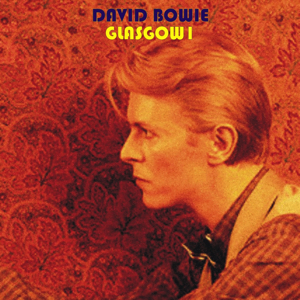 This is a very good tape which gives a fine impression of the yelling of the super-enthusiastic Scots who haven’t seen Bowie for five years. A fine concert. Bowie ends Ziggy Stardust by a beautiful endless drawing out of “Now Ziggy played guitar”.

Running too slowly – speed correction with a factor of 107%.