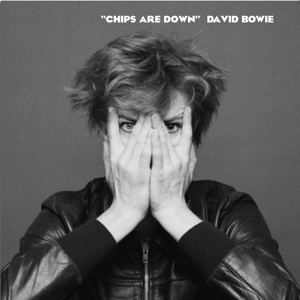 An excellent concert.
Here,too,most of the people did nut yet Know which songs were going to be played,but Bowie gives some of it away by saying,when the first half of the show is over: “We’ll see you in ten minutes time,with some very old songs”. “I’d like very much to intro­duce you to the gentlemen of my band,I’m sure you’d like to mee t them!”.

Tiny gap removed from Warszawa at 7:09.
Volume drop (0.3 seconds @ 21 seconds in Heroes) on source tape and left alone.
Small gap in crowd noise between What In The World and Be My Wife removed.
Distortion (sounded like tape pause) immediately before start of The Jean Genie removed.
Crude join between Breaking Glass and Beauty And The Beast – tidied with fade.
Break between Beauty and the Beast and Fame – fade-out/in. Microgap removed from start of Fame.

Tape flip between Star and Hang On To Yourself – seamless.
Distortion (sounded like tape pause) immediately before start of Rock’n’Roll Suicide removed.
Apparent join on source tape between Rock’n’Roll Suicide and Art Decade – clean so left alone.
Fade-out between Station To Station and Stay removed.
Another apparent tape pause removed @ 13:21 in Station To Station.
Funny noise and apparent duplicate section removed from crowd noise after the song (5 seconds in total).