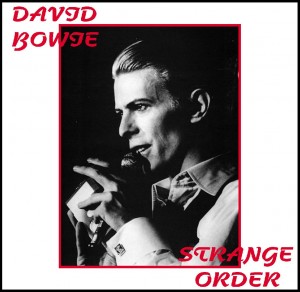 It’s Only Rock & Roll is included in this tape ,which is not so: at the end of Diamond Dogs Bowie calls out several times “It’s only rock & roll,oh yeah”,but that is all.
There are those who pretend that after Wa’iting For the Man the tape holds Sisier Midnight, This is not correct: when lis­ tening to the tape one can clearly hear Waiting For the Man changing into TVC15,and there is no doubt that this part has not been interrupted. In the tapes where Sister Midnight does come after Waiting For the Man,though,one does hear a short in interruption: 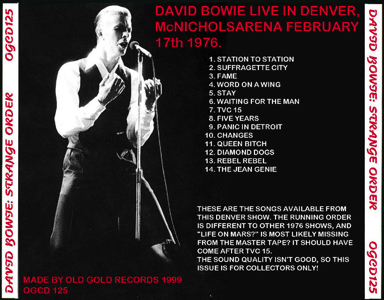