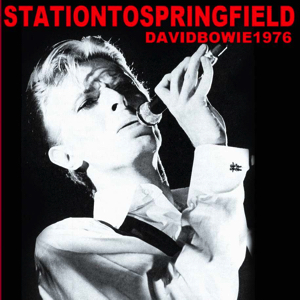 News of the day:
David Bowie rocks Springfield Civic Center hours after his March 21, 1976 arrest in New York
March 21, 1976 did not start off as a particularly great day for David Bowie.

Around 3 a.m., four Rochester, New York, police detectives and a state police officer searched Bowie’s three-room suite at the Americana Rochester Hotel, where they found a little more than six ounces of marijuana. Bowie and pal Iggy Pop, were taken to the Monroe County Jail, booked on fifth-degree criminal possession of marijuana, punishable by up to 15 years in prison, and released at about 7 a.m. on $2,000 bond.

Bowie was to be arraigned the next day, but his lawyer successfully argued for a delay until March 25, noting Bowie would face stiff penalties if he missed the gig at the Springfield Civic Center.

So, a little more than 12 hours after leaving the Monroe County Jail, Bowie was performing before 6,752 fans in the City of Homes.

The concert began with a showing of the 1928 surrealist film “Un Chien Andqalou” (“Mad Dog”) before the music got underway.

Over the course of the next 90 minutes, Bowie, dressed as a dapper man-about-town, treated fans to hits like “Fame,” “Changes” and “Life On Mars.”

No mention was made of the arrest – and a grand jury later chose not to indict Bowie or Pop on drug charges. 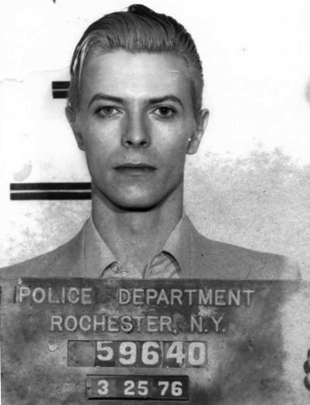