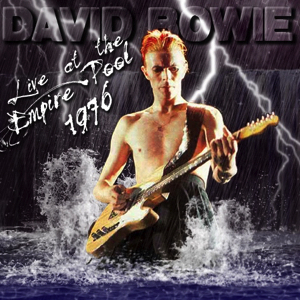 It was a great concert and Bowie gave himself completely,which showed in all the towels covering his shoulders to dry his by now stripped torso.
Halfway the concert somebody threw an Isolar progranune onto the stage,and Bowie,probably loaded again, sat down on the board cross-legged and started reading it!
It is a good sounding audience recording for the era. The performance is excellent and is great fun to hear, with Bowie in great voice and jovial mood (drunk again!) Tony Kaye really shows his class on this too. […] It’s a shame the intro to Station To Station is cut as Stacey Heydon was a class act and really did a magnificent job on it. Several tracks are missing but that’s the way with boots of this era. I remember DB created the howling effect at the end of Diamond Dogs by standing on the edge of the stage and swinging his microphone Roger Daltry style in front of the PA stack to get the feedback on every pass. Too funny 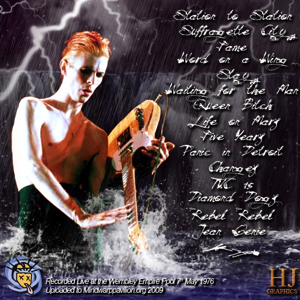