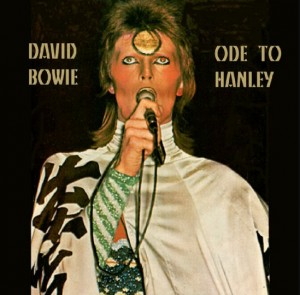 Same as Lewisham,minus Drive in Saturday. A very rare tape.
Soon after the person who made this tape had taken up the con­cert,something went wrong with the cassette. He hadn’t touched the thing for many years until mid-1984 he had a go at reparing it. He managed to do it,so that now,some 11 years after the actual recording the tape can finally come into circula­tion. During Ziggy Stardust the sound falls off partly or wholly ,probably owing to damage during repare.
Bowie’s singing is clear,considerably more so than on the Brighton tape. After Space Oddity the announcer says: “Ladies and gentlemen,there will now be a ten-minute intermission”. After Width of a Circle the tape is interrupted, then continues with the end of Let’s Spend the Night Together,starting with “But our love comes from above. So let’s do it,let’s make love”. Bowie ends the concert with Rock & Roll Suicide,doing some improvisation during the act: “Don’t le t anybody turn away the difference, ’cause you’re wonderful. ‘Cause you’ll have to make it on your own!”. There are some more impromptu lyrics ,which I cannot make out.